Written by Baird Maritime on May 1, 2019. Posted in Non-Naval (Maritime Security). 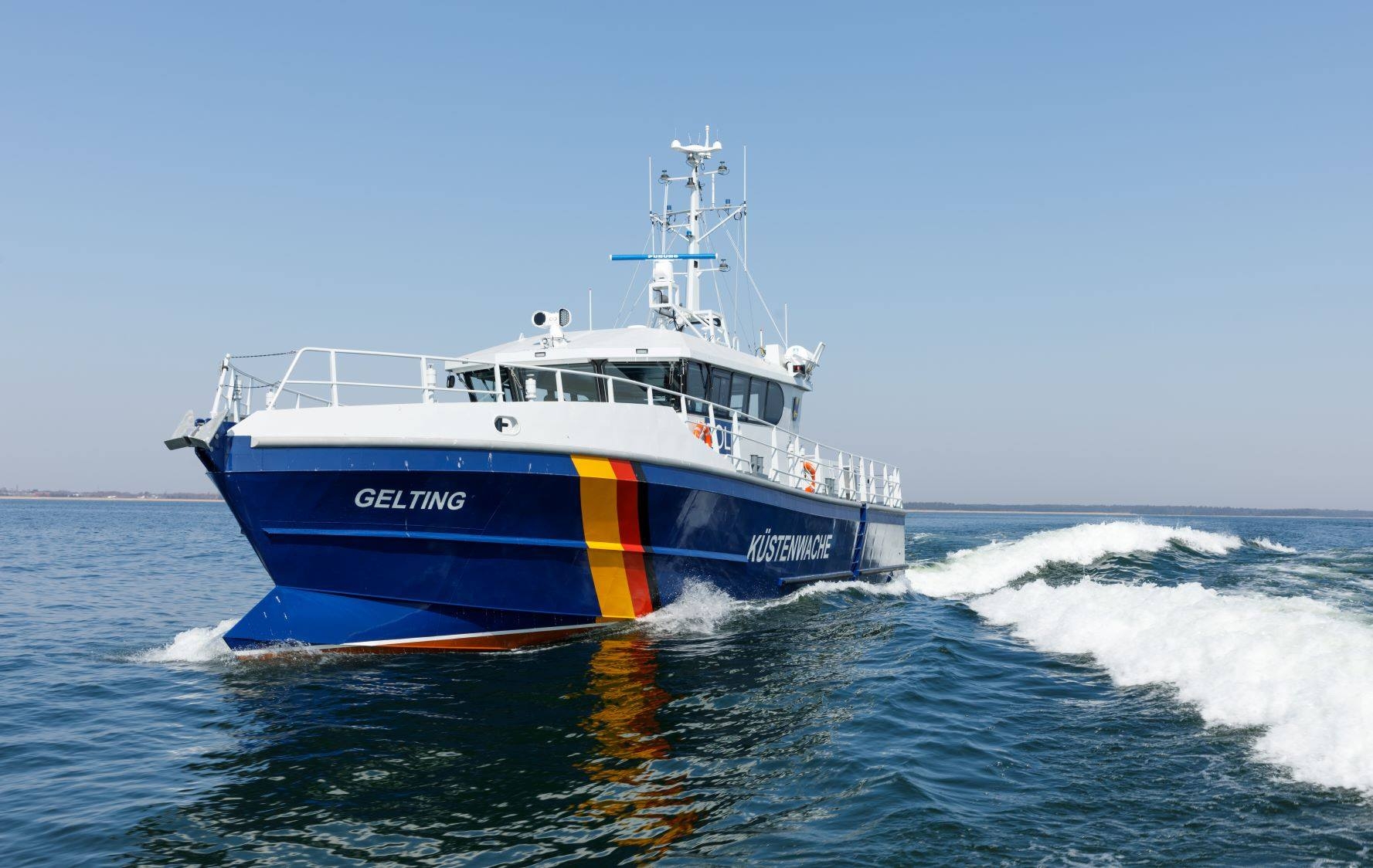 Baltic Workboats of Estonia has delivered the second of a planned three 24-metre patrol boats to the German Federal Customs Service.

Named Gelting, the vessel has a wave-piercing aluminium hull, a displacement of 55 tonnes, a crew of six, and two MTU 8V2000M72 720kW engines that deliver a speed of 24 knots.

Gelting is a sister vessel to Bremen, which was delivered in March.