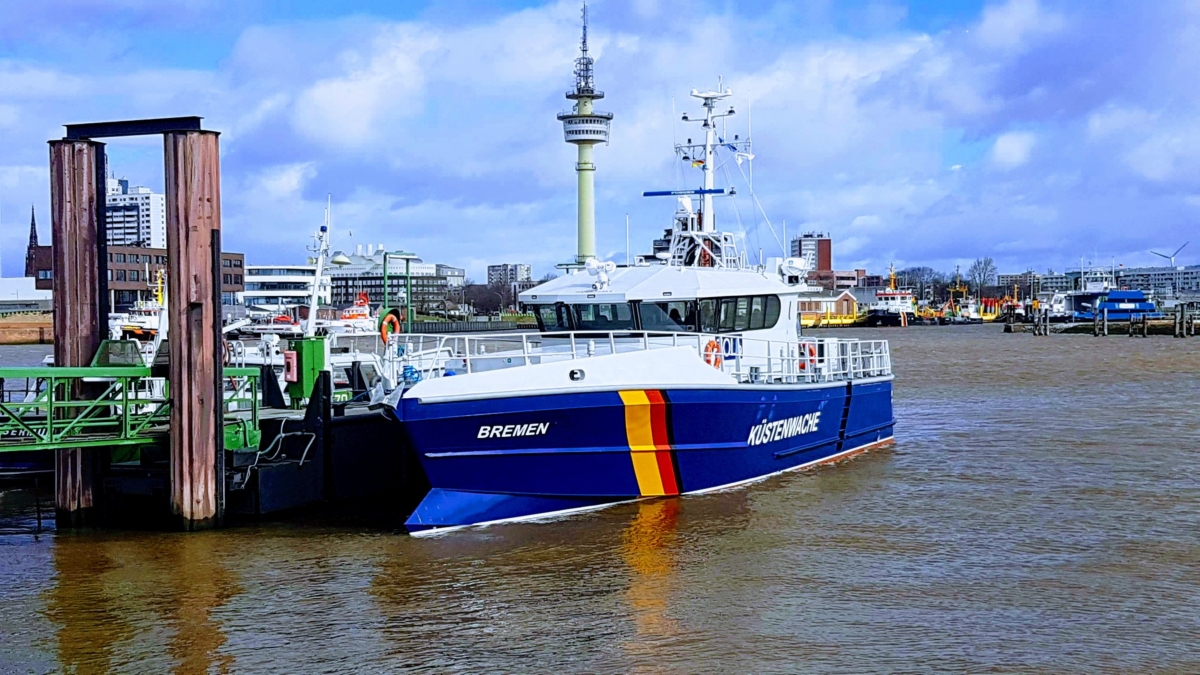 Baltic Workboats of Estonia has delivered a newbuild patrol vessel to the German Federal Customs Service.

Named Bremen, it is the first of a planned series of three patrol boats ordered by the customs service.

21 injured in fire on berthed US Navy amphibious ship