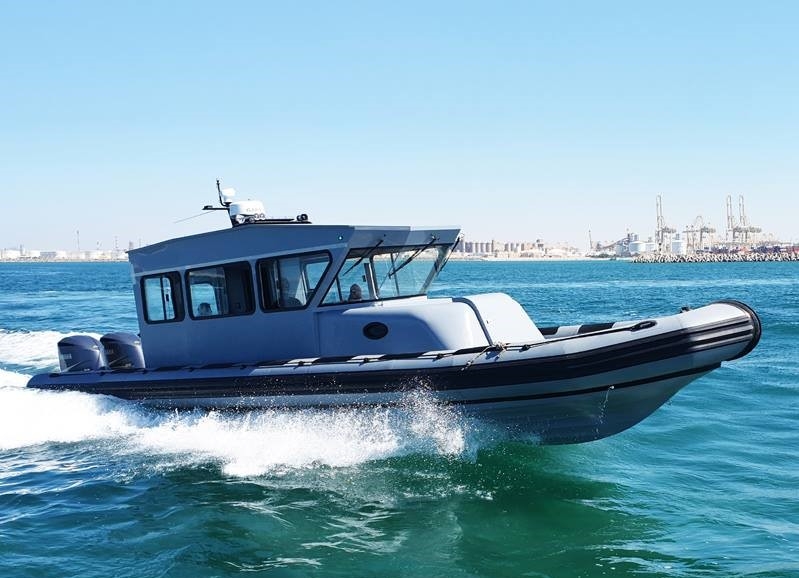 The 12-metre rigid inflatable boat (RIB) series, a demonstration example of which has just completed final testing, may also be used for search and rescue (SAR).

The RIB has a hybrid construction of aluminium and fibreglass, an air-conditioned cabin, a forward berthing area for two people, and three Yamaha 260kW outboard engines delivering a maximum speed in excess of 52 knots.

A crew-served weapons station may also be mounted on the foredeck.