Another new class of cutter for the US Coast Guard

Written by on February 4, 2019. Posted in Non-Naval (Maritime Security). 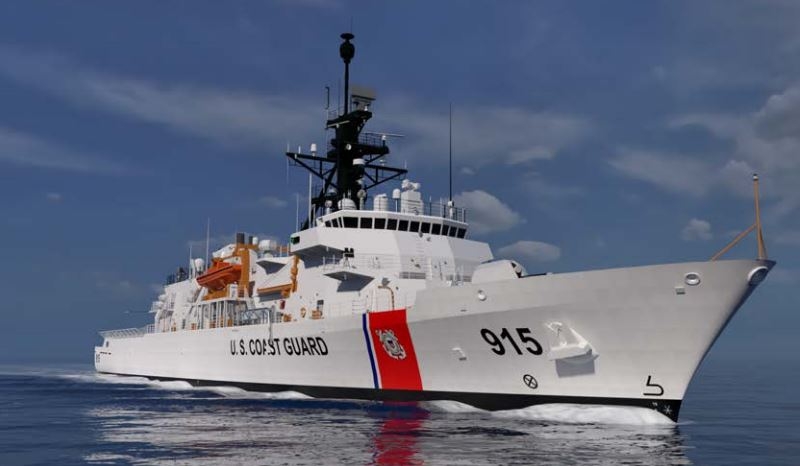 Two years ago the United States Coast Guard (USCG) high command was very anxious that President Donald Trump might severely cut back funding for the service.

These fears, though, have proved to be unfounded. Already in series production for the USCG, to replace obsolescent vessels, are two new classes of ship, namely the 4,600-tonne National Security Cutters and the 360-tonne Fast Response Cutters.

Furthermore, it was recently confirmed that production of another new class of USCG vessel is underway, when steel cutting for the first Offshore Patrol Cutter (OPC), Argus, took place at the Eastern Shipbuilding Group, Panama City, Florida.

In USCG service the new ships will be designated Heritage-class Maritime Security Cutter Medium. They will replace ageing vessels of the Famous Cutter, and Reliance classes. Duties will include interdiction of fast craft carrying irregular migrants, and narcotics, counter terrorism operations, search and rescue, maritime law enforcement, and support of the US Navy in combat operations.

21 of the class are planned, with all to be built by the Eastern Shipbuilding Group.