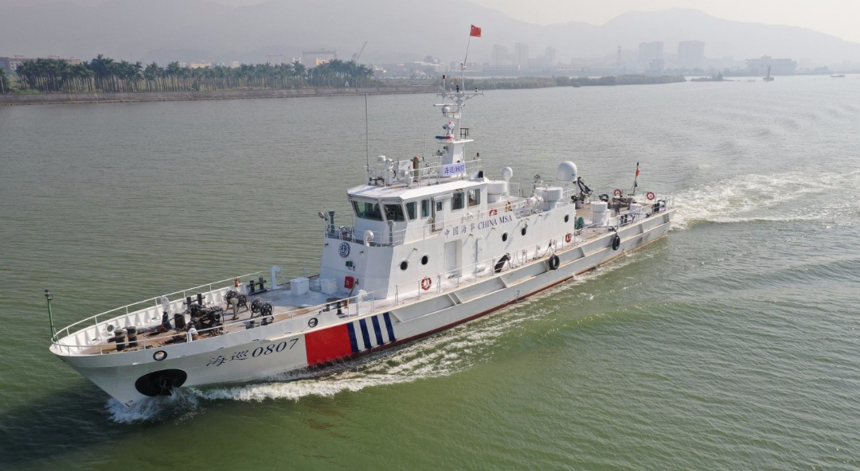 The vessel is the final one of three in a series built by Jianglong for the CMSA’s branch in Fujian province. All three units in the series are also configured for search and rescue (SAR) duties.

The patrol boat has a length of 47.4 metres and a beam of eight metres. Speeds in excess of 17.5 knots were achieved during the trials.

The vessel will be handed over to the CMSA following final outfitting.