Written by The Australian Strategic Policy Institute on June 11, 2019. Posted in Naval. 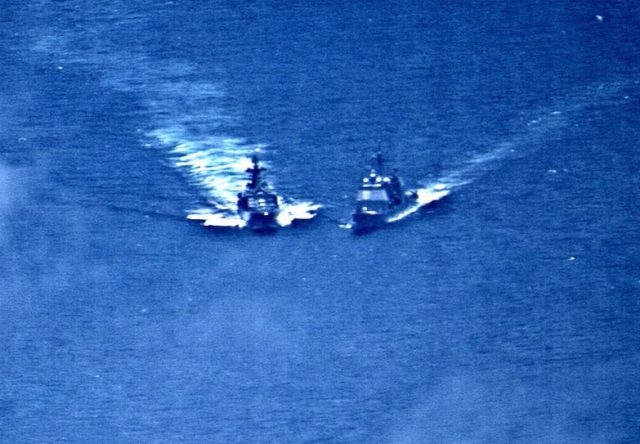 A video of a near collision between a Russian destroyer and US Navy cruiser has been released by the US Navy.

It’s unclear where the incident occurred. Russia says the encounter happened in the East China Sea, but the US says the two ships were in the Philippine Sea.

While Russia claims the US warship was responsible for the near collision, a picture taken by a US military aircraft reportedly shows that the Russian destroyer Admiral Viongradov deliberately manoeuvred towards USS Chancersville.