Written by Baird Maritime on March 19, 2018. Posted in Submersibles (Naval). 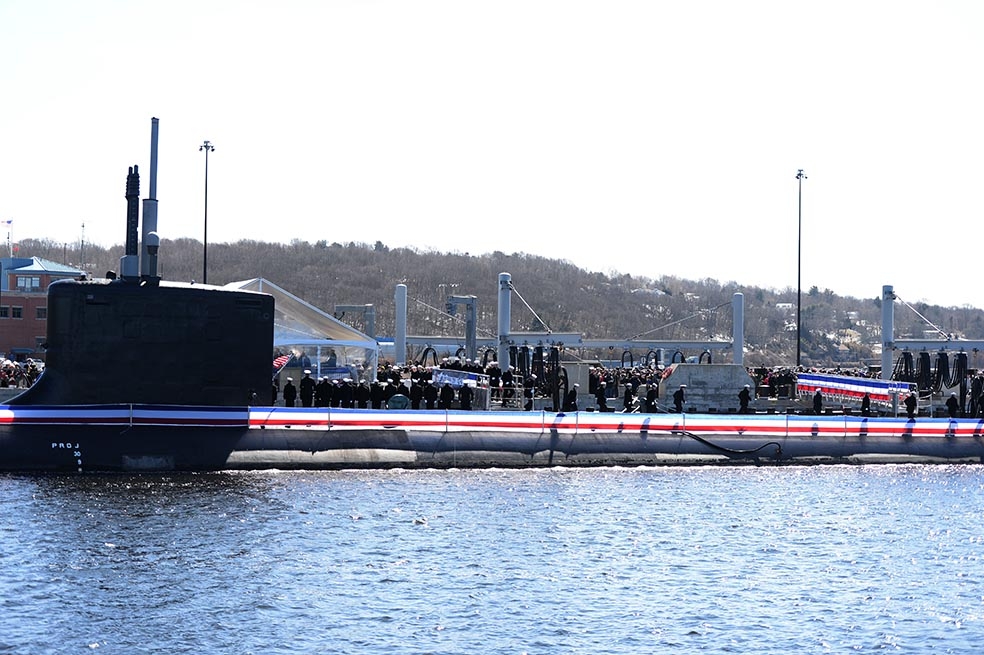 The US Navy has commissioned its 15th Virginia-class fast attack submarine USS Colorado at Naval Submarine Base New London in Groton, Connecticut.

The fifth Block III boat of the class, SSN 788 is the fourth US Navy vessel named to honour the US state of Colorado.

She is a part of the Virginia-class’ third, or Block III, contract, in which the navy redesigned about 20 per cent of the ship to reduce acquisition costs.

Virginia-class submarines are being built under a teaming arrangement between General Dynamics Electric Boat and Huntington Ingalls Industries’ Newport News.