Written by Baird Maritime on February 19, 2019. Posted in Submersibles (Naval). 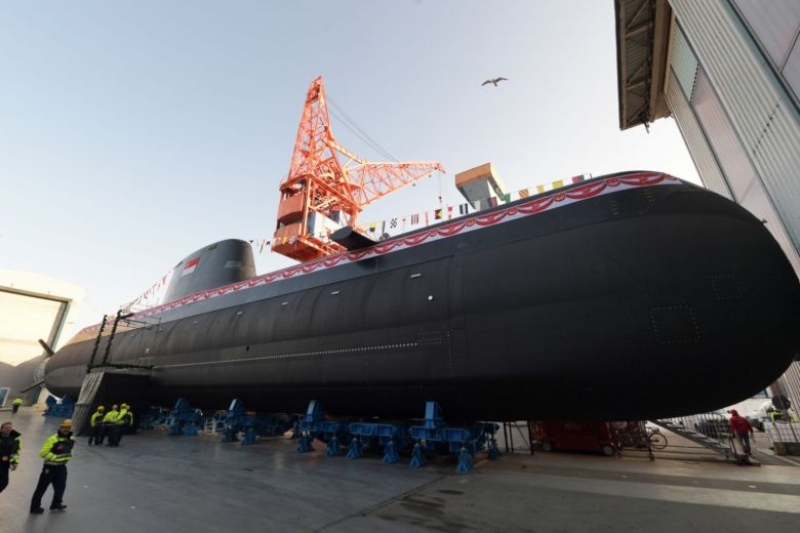 A new Type 218SG submarine being built for the Republic of Singapore Navy was launched in a ceremony in Kiel, Germany, on Monday, February 18.

Built by ThyssenKrupp Marine Systems (TKMS), the future RSS Invincible is the lead ship of a new class of four submarines specifically designed to operate in Singapore’s shallow tropical waters.

The future Invincible will feature air-independent propulsion (AIP), which will enable it to stay submerged considerably longer than conventional diesel-electric submarines.

Delivery of the vessel is scheduled for 2021.

The three remaining Type 218SG submarines, which are at various stage of construction at TKMS, will be named Impeccable, Illustrious, and Inimitable.