Written by Baird Maritime on April 24, 2019. Posted in Submersibles (Naval). 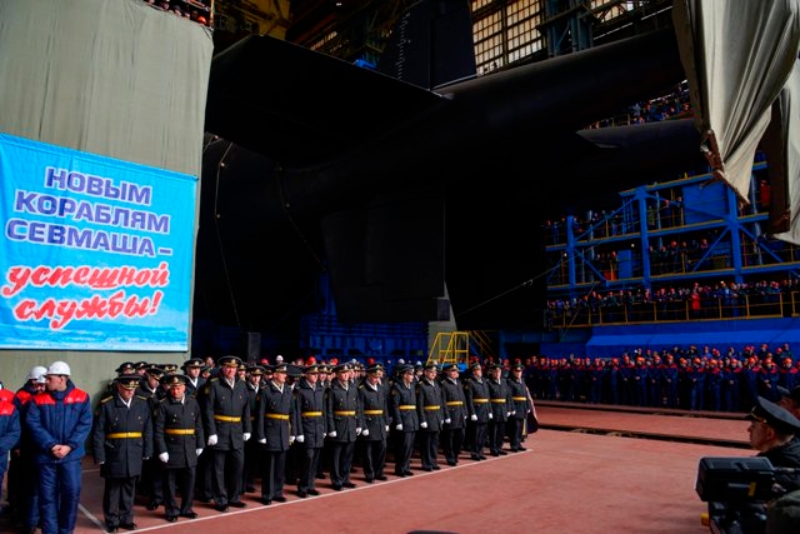 Sevmash Shipbuilding has launched a submarine that has undergone conversion to enable it to serve as a mother ship for the Russian Navy’s new Poseidon nuclear-capable unmanned underwater vehicles (UUVs).

Named Belgorod, the Project 09852 nuclear-powered submarine was originally laid down in 1992 as a ship of the Project 949A or Oscar II-class but began undergoing conversion for “special missions” in 2012 as ordered by the Russian government.

Delivery of the submarine is scheduled for 2020.