Written by Baird Maritime on January 2, 2020. Posted in Submersibles (Naval). 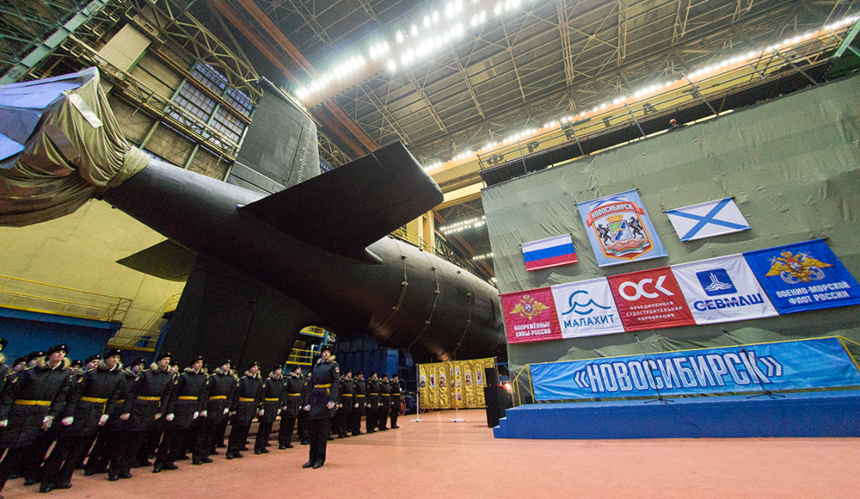 The submarine is the second to be built under Project 885M, otherwise known as the Yasen-M-class. It will be armed with torpedoes, anti-ship missiles, land attack cruise missiles, and surface-to-air missiles.

Named after a city in Siberia, Novosibirsk is scheduled to be commissioned into service with the Russian Navy in 2020.