Written by Baird Maritime on December 17, 2020. Posted in Submersibles (Naval). 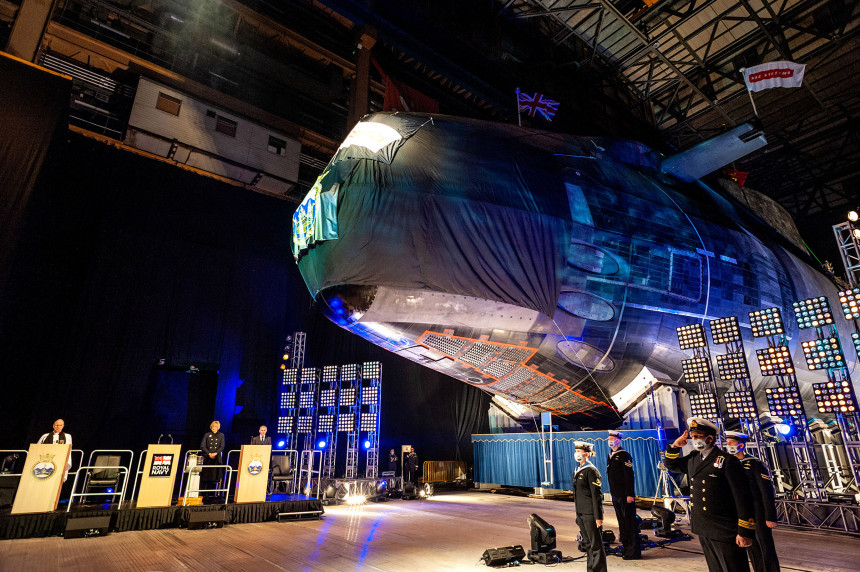 Built by BAE Systems at a cost of approximately £1.4 billion (US$1.9 billion), the future Anson will have a 100-strong crew and armament consisting of Tomahawk cruise missiles and Spearfish torpedoes.

The submarine is scheduled to be launched in 2021. Shortly after launching, diving tests will be conducted in a basin adjacent to BAE Systems’ Devonshire Dock Hall in Barrow-in-Furness.

The future Anson is the eighth Royal Navy ship and the first submarine to honour Admiral George Anson, First Baron Anson, who led the British fleet to victory at the First Battle of Cape Finisterre in the latter part of the 1740-1748 War of the Austrian Succession.