Written by Baird Maritime on January 21, 2018. Posted in Submersibles (Naval). 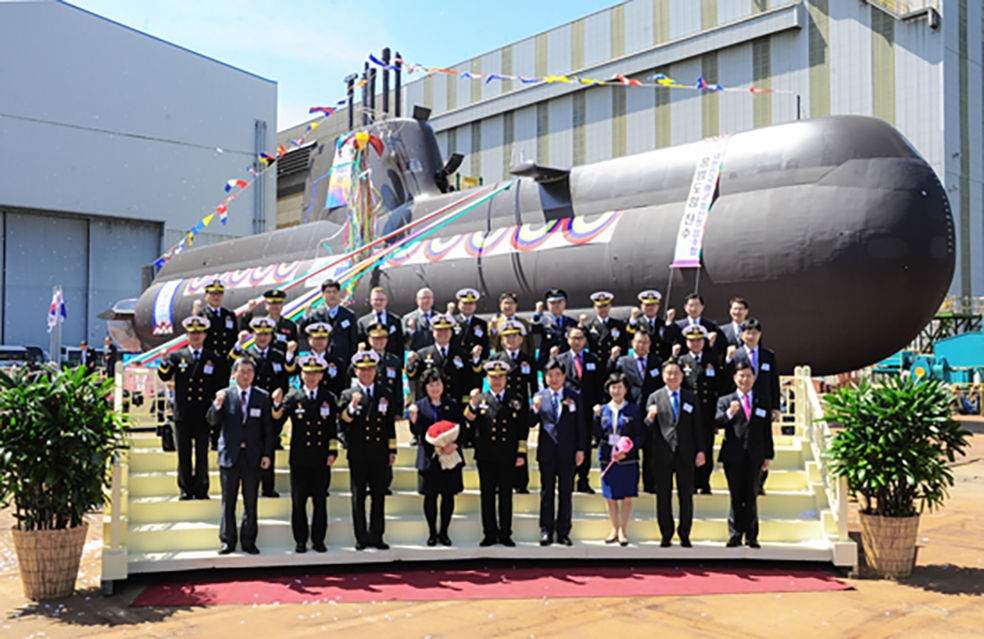 The KSS-II (or Son Won-Il) class submarine is named after an independence fighter during the colonial rule of Japan in the 1900s.

Hong Beom-do and sister boats are the Korean version of the Type 214 submarine developed by German ship-builder Howaldtswerke-Deutsche Werft, a subsidiary of ThyssenKrupp Marine Systems.

South Korea’s first air-independent submarines have a displacement of 1,800 tonnes and a crew of 40. Sailing at a maximum speed of 20 knots, they can dive up to 400 metres deep and last underwater for two weeks with fuel cells.

The ROK Navy will operate a total of nine 65.3-metre submarines built by Hyundai Heavy Industries and Daewoo Shipbuilding and Marine Engineering.

The submarines are equipped with long-range, submarine-to-ground cruise missiles, torpedoes and mines featuring an automatic simultaneous target tracking system and a torpedo guidance and detection system.

The ROK Navy received the submarine less than two years after it was launched in March 2016.