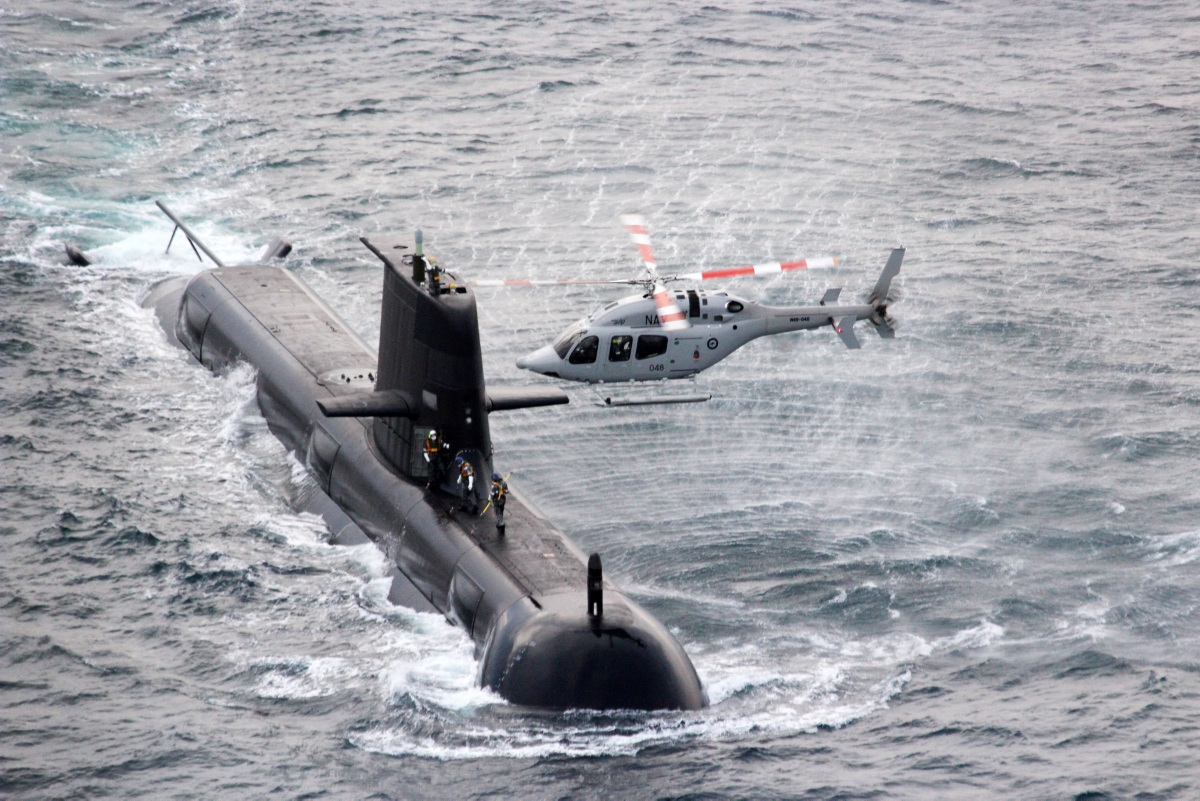 Australia’s future submarine capability isn’t in a good place. We started the program at least five years too late due to a combination of indifference from successive governments and a lack of drive from the Department of Defence to kickstart it. Then we settled on an approach that’s going to take more than another decade to deliver anything at all, even if things go according to plan. And we’ve loaded the program with enough technical risk to pretty much ensure that it won’t.

A slide presented by Defence at the Submarine Institute of Australia’s 2018 conference had an in-service date of around 2035 for the first boat. That date might ring a bell, because it was the timeframe for the strategic assessment in the 2016 defence white paper. It told us that, “China’s policies and actions will have a major impact on the stability of the Indo-Pacific to 2035.” So the first new boat could arrive only after the strategic direction of the Asia–Pacific for the 21st century is largely settled. I invite you to think about the changes in the South China Sea over the past four or five years. China has gone from dredging sand and making territorial claims to having functional runways, missile systems and radar stations throughout the area.

I think an aggregate failure of clear thinking has led us here, from big-picture strategy to project implementation. The aim of procuring any weapon system should be to provide future governments with military options that deter aggression or, if deterrence fails, allow a response to hostile moves from an adversary. In either case, it’s important to have both the capability and the capacity to field a credibly decisive force. We talk a lot about capability, but not so much about capacity. In a world with no real threat – which was the case for Australia from the end of the Vietnam War to a few years ago – we could indulge ourselves with boutique force elements, call the ADF force structure “balanced” and have a little something for everyone.

A national “Plan B”

For a low-population, conventionally armed middle power like Australia, there aren’t that many force elements that provide value for money in deterring bigger powers. High-end air capability with sophisticated surface strike options is one, and it’s especially effective for keeping an adversary at arm’s length from our shores. But it’s limited in range in the absence of forward bases or aircraft carriers, while submarines, on the other hand, aren’t much good for local defence, but provide pretty much the only way for us to take the war to an adversary.

Consistent with that, the big Australian defence programs include the F-35 acquisition and the future submarines. But much of the government attention being devoted to the submarine program is focused on jobs and industry cooperation. For those, a slow and steady approach and a fixed delivery rhythm are optimal, delivering hard-hat-and-fluoro-vest photo ops in perpetuity. But it’s not what you’d do if you really thought a major strategic dislocation was possible in the next 15 years. Instead, you’d bolster those parts of the force as quickly as practicable. You have to conclude that the government doesn’t really believe that a crisis could occur in the next two decades, or perhaps it hasn’t really thought about it.

The strategist community is aware of the incipient dangers, and is debating what China’s possible trajectories mean for us, the future role of the US in our region and what a national “Plan B” might look like in the event of US retrenchment. But the “big hands on small maps” debates need to translate to defence policy and military strategy. Someone needs to think seriously about the principles we might be prepared to go to war over, where and when we might have to do so, the capabilities and capacity of putative adversaries, and how we might seek to prosecute any such conflict. But the Department of Defence – whose day job that is – seems comfortable enough with the lackadaisical timeframe for delivery of the future subs. Again, you could be forgiven for thinking that Defence doesn’t really believe the intelligence agencies’ darker prognostications about the near future.

Then there are the project aspects. Having watched defence projects pretty closely for over a quarter of a century now, I’d put this one in the top 10 per cent for risk. I don’t have detailed knowledge of the proposed design, but the intended product is very different – and larger and more complex – than other conventional submarines. The history of projects with that level of ambition hasn’t always been pretty. It might be that it’s not as risky as it looks, but my gut says otherwise.

We’re told – repeatedly – that the Shortfin Barracuda will be “regionally superior”. In some limited respects that’s probably true. The combination of advanced European conventional submarine design and US combat and weapon systems ought to be formidable. So, provided that the concept design can be successfully translated through to hardware, our future submarine should be a superior platform to other conventional subs, compared one on one.

There are two problems with that way of thinking about submarine capability. First, our future submarine will operate in waters with nuclear-powered submarines from at least four other countries, which will necessarily outmatch it for speed and endurance. Second, unit performance superiority isn’t the sole determinant – or maybe not even a major determinant – of mission success.

The question really should be whether our total force is sufficient to achieve strategic goals. By 2035 we might have one or two future submarines and a handful of Collins-class boats. If that’s not enough to get the job done against 70+ boats and the rest of the anti-submarine warfare capability of a major power, it won’t matter whether the two new boats are “regionally superior” or not. This isn’t – or at least shouldn’t be – an exercise in building the best conventional submarine known to man. It should be a national effort to reduce future strategic risk by matching strategy with the right number of suitably capable submarines, whether that be six, 12 or 20.

ASPI’s Marcus Hellyer recently wrote about the transition to the future submarine fleet. Under certain assumptions – Hellyer calls it “pulling out all stops” – it might be possible to grow the submarine fleet to 12 by the mid-2030s. That would require extending the life of all six Collins and accelerating the delivery of the future submarines to one a year. In the light of the strategic assessments summarised earlier, that seems to be a sensible aspiration, though I don’t know if it’s feasible. In fact we might never know if it is, because there doesn’t seem to be anything like the will to try. If we really wanted to accelerate delivery, we might be able to get our boats faster by having one or more built offshore. That won’t happen, but being able to say, “Oh well, at least our undersized fleet was built here” would be little consolation after losing the next war.

The biggest strategic error we could make would be to act like it’s still the 1990s and assume that having a defence force without the capability and capacity to prosecute a serious war is a luxury we can afford.