Written by Baird Maritime on May 7, 2019. Posted in Submersibles (Naval). 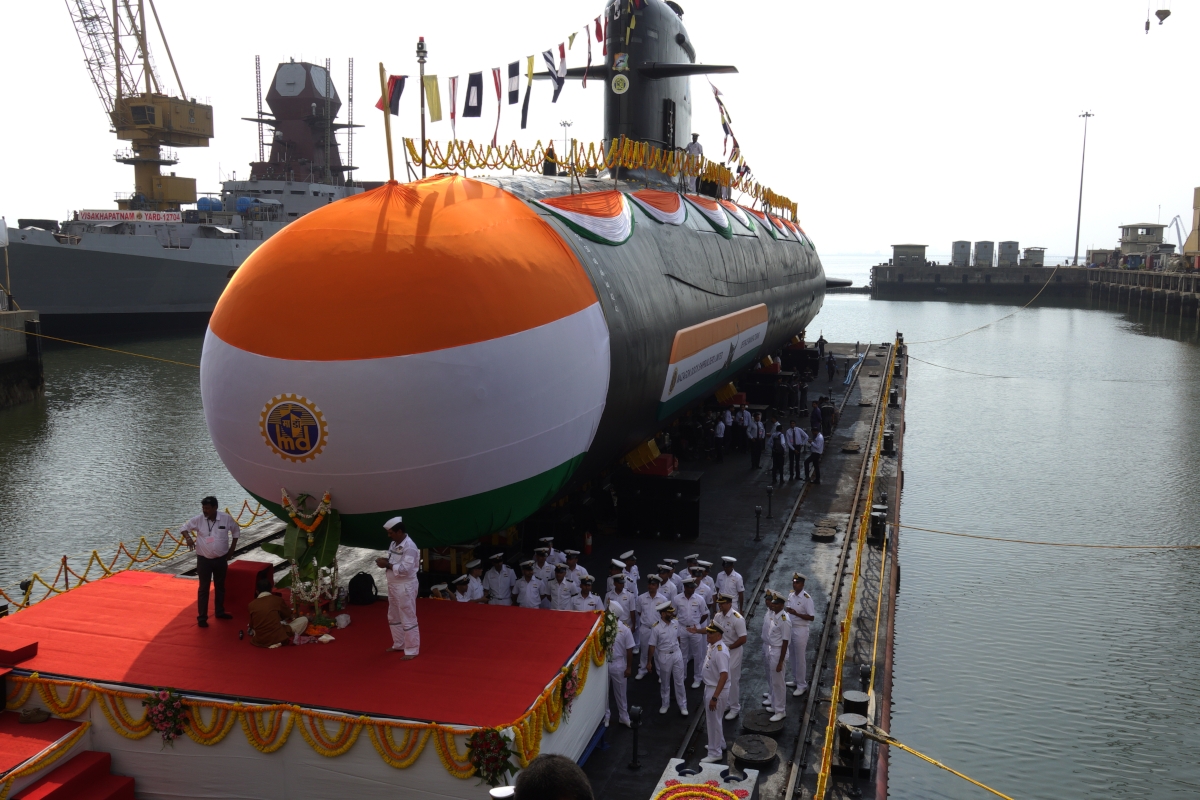 INS Vela, a new Naval Group-designed Scorpène-class submarine ordered for the Indian Navy, was launched at the facilities of Mazagon Dock Shipbuilders on Monday, May 6.

Vela is the fourth of a planned six Kalvari-class submarines destined for the Indian Navy. The lead ship, INS Kalvari, has been in service since December 2017 while Vela and the other four are in various stages of construction at Mazagon Dock.

All six Kalvari-class submarines are to be fitted with locally-built equipment.

Mazagon Dock will then conduct integration of Vela‘s equipment and machinery on board before the commencement of sea trials.