Written by Baird Maritime on July 12, 2021. Posted in Submersibles (Naval). 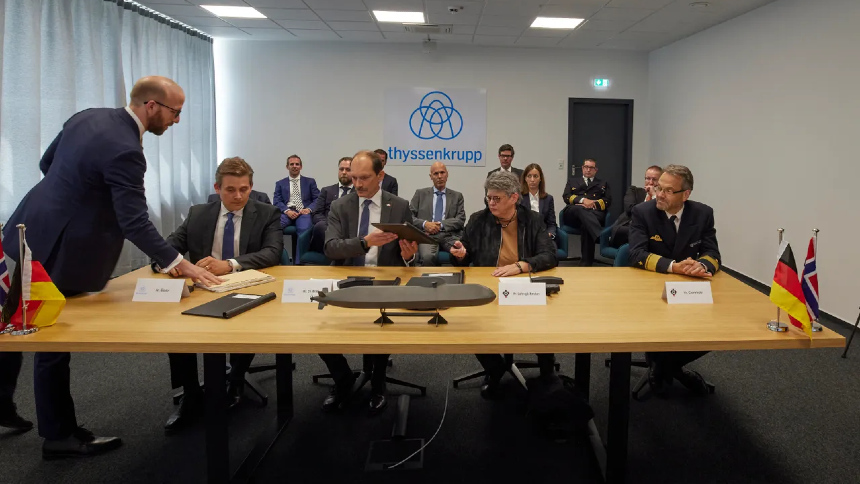 German defence firm ThyssenKrupp Marine Systems (TKMS) has been contracted by the defence procurement organisations of Germany and Norway to build six Type 212CD diesel-electric submarines for the German and Royal Norwegian Navies.

Construction of the first submarine is scheduled for 2023. Norway will receive its first Type 212CD submarine in 2029 while Germany will take delivery of its submarines in 2032 and 2034, respectively.