Written by Baird Maritime on April 9, 2020. Posted in Submersibles (Naval). 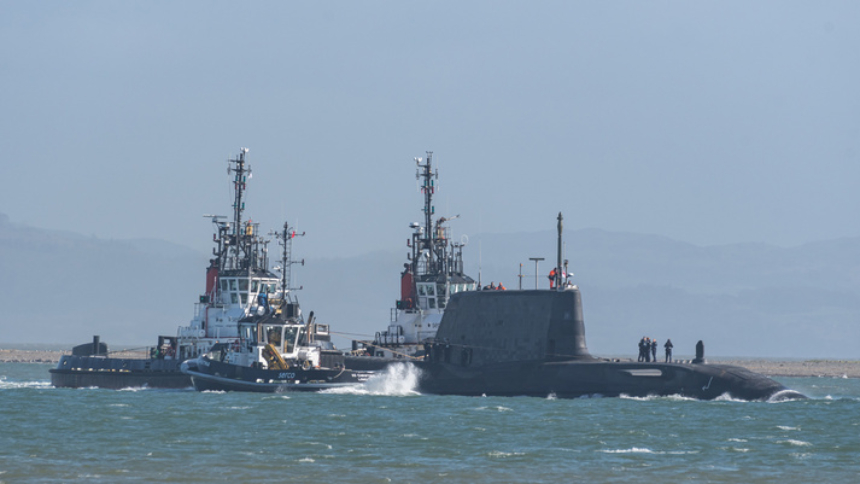 The future HMS Audacious, the fourth of seven Astute-class attack submarines being built by BAE Systems, has begun conducting sea trials out of Her Majesty’s Naval Base Clyde, home of the UK’s submarine force.

The 97-metre, 7,400-tonne submarine is the sixth Royal Navy vessel to be named Audacious.

The submarine will join sisters HMS Astute, HMS Ambush, and HMS Artful in service with the fleet following its commissioning, which is scheduled for 2021.