Written by Baird Maritime on October 1, 2020. Posted in Submersibles (Naval). 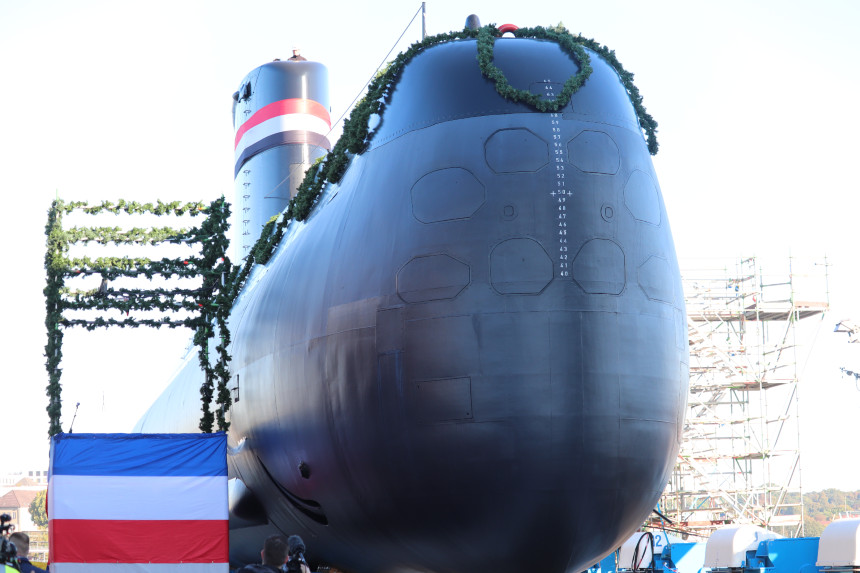 The fourth Type 209 submarine being built for the Egyptian Navy was launched into the water at ThyssenKrupp Marine Systems’ Kiel shipyard on Tuesday, September 29.

Once completed, the future S44 will have a length of 62 metres, a hull diameter of 6.2 metres, a submerged displacement of 1,600 tonnes, and space for 30 crew.

In addition to performing maritime security patrols, the submarine will also be used for intelligence gathering and support for special operations forces.