Written by Baird Maritime on April 12, 2019. Posted in Submersibles (Naval). 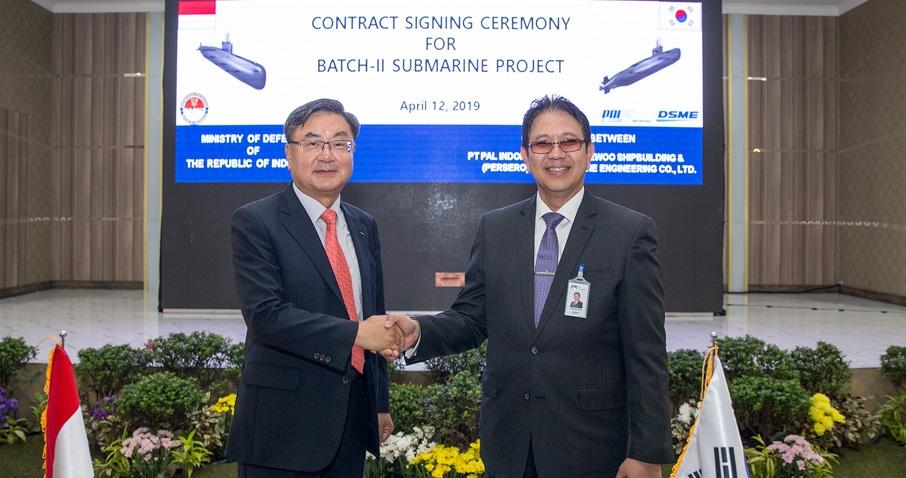 Daewoo Shipbuilding and Marine Engineering (DSME) has been awarded a contract for the construction of three additional Improved Chang Bogo-class submarines for the Indonesian Navy.

The contract has an estimated value of ₩1.16 trillion (US$1.02 billion) and calls for Indonesian state-owned shipbuilder PAL to collaborate with DSME on the construction of the ships, which are known in Indonesia as the Nagapasa-class.

The contract for three additional submarines was awarded on Friday, April 12. It comes one day after the launch of the future KRI Alugoro, the first Improved Chang Bogo-class/Nagapasa-class submarine to be built entirely in Indonesia.