Unmanned vessels, increasingly referred to generically as maritime autonomous systems (MAS), are relatively cheap to operate, sparing of scarce manpower, and have the potential to drastically reduce casualty rates in combat situations. They are therefore increasingly popular with senior naval officers, defence accountants and politicians alike.

The UK has for some years been tinkering at the margins of the MAS revolution. Many trials and studies have been carried out, manufacturing facilities have been established, and a number of such vessels have been produced in prototype form. Orders for operational units, though, have not been forthcoming.

Things are changing though, following the recent establishment of the $US100 million Defence Transformation Fund. There are plans to set up a new dedicated MAS design and development facility, and the green light has been given to some important projects. 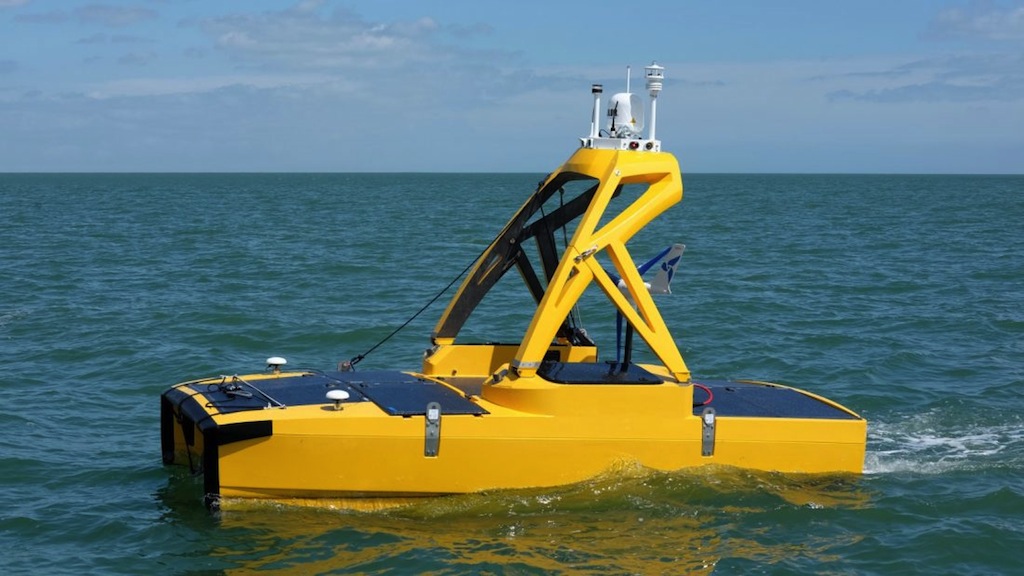 The C-Enduro will be used for the gathering of data from autonomous mine countermeasures and hydrographic trials. The vessel is equipped with 10 types of sensor, which enable the acquisition and recording of trials data, and features a winch, and a dedicated payloads bay. It can remain at sea for up to 30 days at a time, using wind, solar and diesel engine power.

The new money has also enabled the awarding of a contract to Atlas Elektronik (UK) to supply the Royal Navy RN with a pair of Atlas remote combined influence mine warfare systems (ARCIMS) for front line duties. The system is centred on the waterjet-powered, 40-knot ARCIMS catamaran, built by Norco in Dorset. The boat features advanced autonomous navigation equipment, as well as anti-collision systems to facilitate the conduct of operations in accordance with the International Rules for the Prevention of Collision at Sea.

ARCIMS, which has been under test with the RN for some years, operates in two prime modes these are: high tempo combined influence sweeping, targeting both magnetic and acoustic influence mines; and mine hunting and disposal, using a towed sonar system.

The ARCIMS boat can deploy two remotely operated mine warfare systems, namely the Seafox mine disposal system, and the Seacat unmanned underwater vehicle. Up to three towed coil auxiliary boats, designed to replicate warships’ underwater “signatures” so as to detonate mines, can also be operated.

Two RN Hunt-class mine warfare vessels are to be modified to act as mother ships for ARCIMS, and the system can also be controlled from a transportable shore-based facility.

ARCIMS has reportedly already been exported to Germany, and to a Middle Eastern customer. 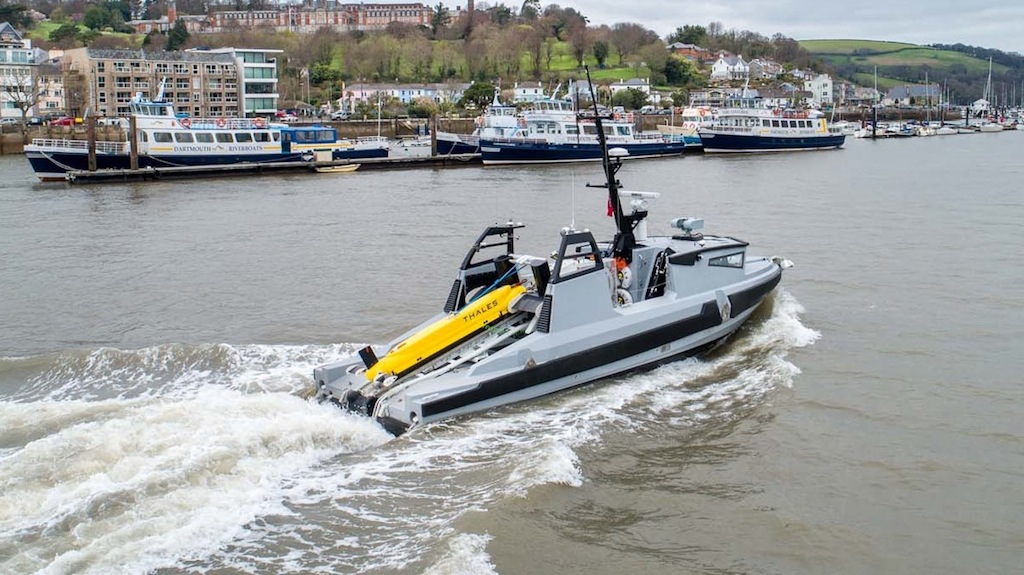 Currently undergoing a trials programme with the RN is a Franco-British AMS mine warfare project, in the form of Thales UK’s Apollo system. Utilising the Halcyon vessel, produced by L3 ASV, Apollo features a towed offshore sonar system, designed to detect, classify and destroy sea mines.

Also a candidate for RN acquisition is the autonomous variant of BAE Systems’ Pacific 950 RHIB. Developed in conjunction with L3 ASV this mid-engined, 40-knot, craft can be fitted with radar, and advanced cameras, as well as optronic surveillance equipment.

It can carry out unmanned missions of up to 12 hours duration, and is suitable for sustained force protection patrols around high value naval assets at anchor, or in harbour. 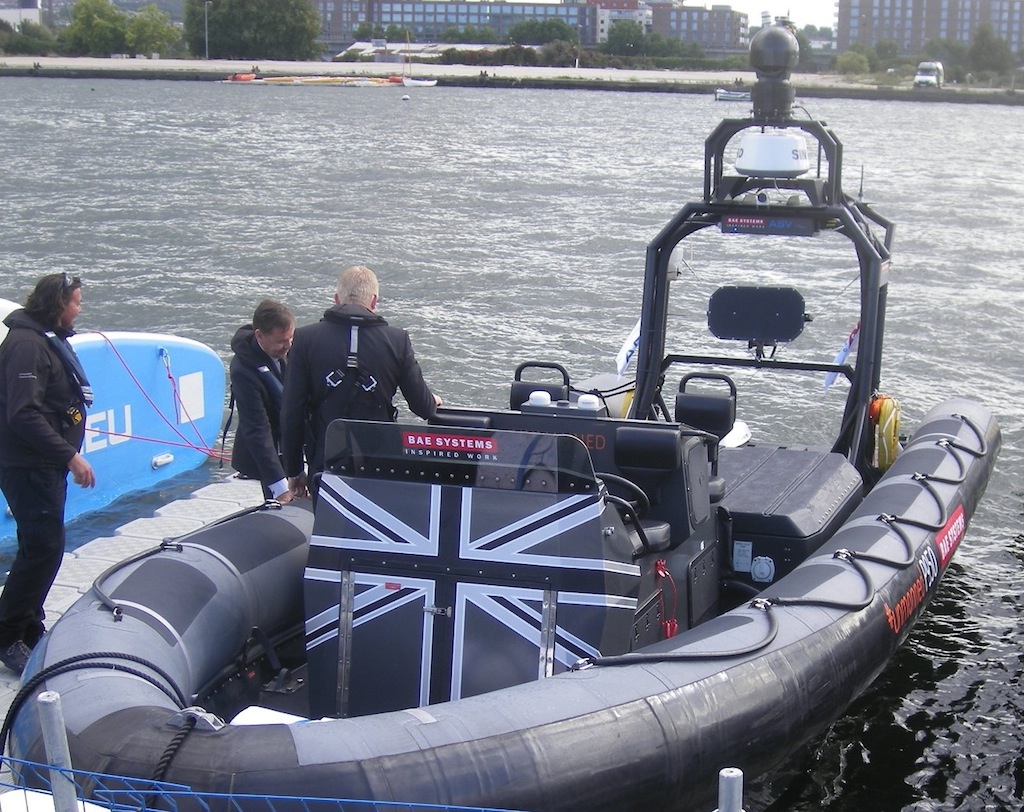 Thales UK very recently opened a new MAS research and development facility at a former Royal Marines base near Plymouth in Devon, a move intended to establish the company as a leader in a rapidly expanding market.

The RN, though, is not just focused on small unmanned surface vessels, it is also examining the future deployment of large autonomous submarines. The UK defence ministry recently sought bids for a contract to supply an existing large unmanned underwater vessel, for use as a trials platform to explore the potential capabilities of the type,

The intention is to use the knowledge acquired from the trials to develop a production version of the type for front line operations. It is therefore significant that Thales UK has entered into an agreement with Texas, and Plymouth-based Msubs to develop such vessels. Msubs is already producing advanced unmanned undersea vehicles such as the Marlin. MSubs’ hull designs are based on well-tried manned submersibles, and their designed roles include sustained sea denial, and maritime domain awareness. They can also be deployed as exercise targets

With a number of UK-Based multinational naval MAS projects now underway, the nation is set to be a leader in what is potentially a huge market.