Written by Baird Maritime on December 16, 2018. Posted in Submersibles (Naval). 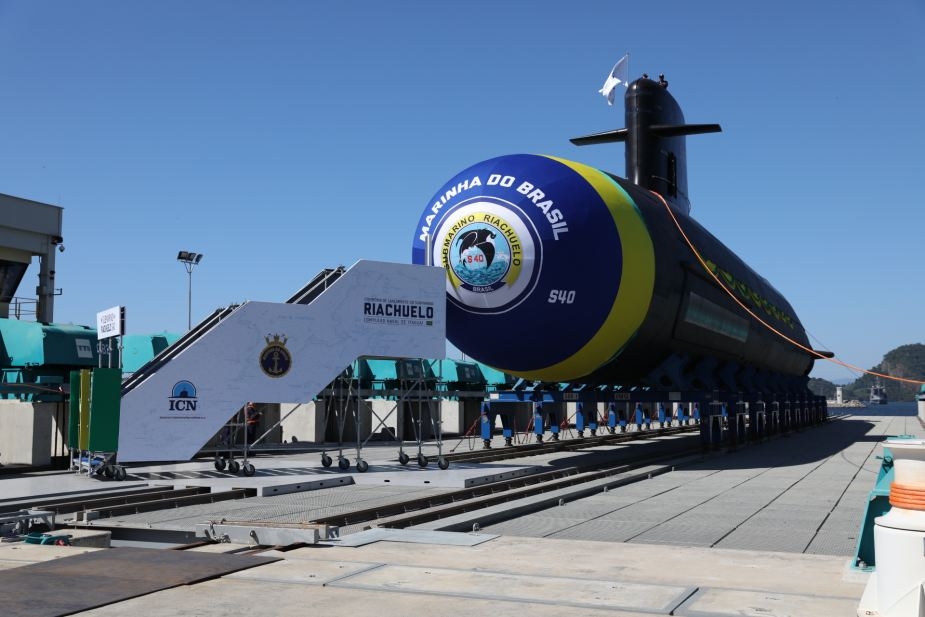 The Brazilian Navy launched the first of a planned four locally-built Scorpène-class submarines in a ceremony on Friday, December 14.

The submarine, which was designed by Naval Group and has been named Riachuelo, will start sea trials in 2019 and will be delivered in 2020. Delivery of the second through fourth Scorpène-class subs to the Brazilian Navy will then follow every 12 to 18 months.

The 72-metre Riachuelo will have a submerged speed in excess of 20 knots, a diving depth greater than 300 metres, a surfaced displacement greater than 1,600 tonnes, and a crew of 35.