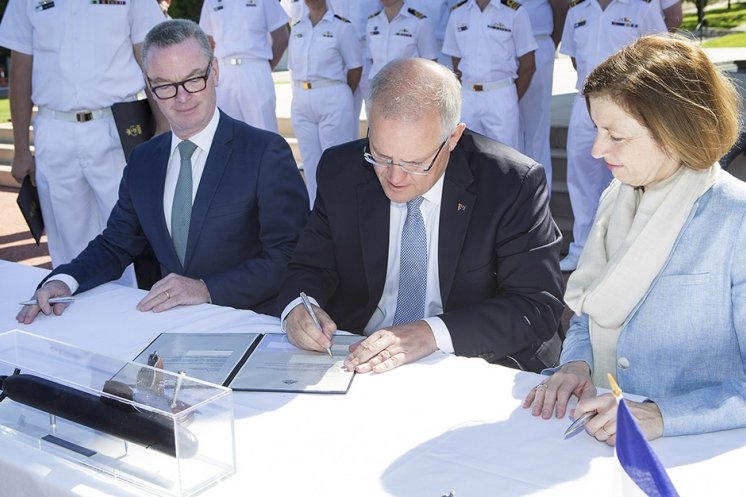 The Australian Government ratified on Monday, February 11, a Strategic Partnership Agreement with French shipbuilder Naval Group for 12 new submarines to be designed and built in Australia as part of the country’s Future Submarine Program.

The A$50 billion (US$35 billion) program will introduce a new class of diesel-electric submarines into service with the Royal Australian Navy starting with the delivery of the lead ship, the future HMAS Attack, in the early 2030s.

Each Attack-class submarine will have a length of 97 metres, a width of 8.8 metres, an endurance of 80 days, and a maximum speed in excess of 20 knots.

Some work on the future submarines has already taken place under a Design and Mobilisation Contract.

The full range of other activities required to deliver the program, including the development of a submarine construction yard in Osbourne, are continuing as well.