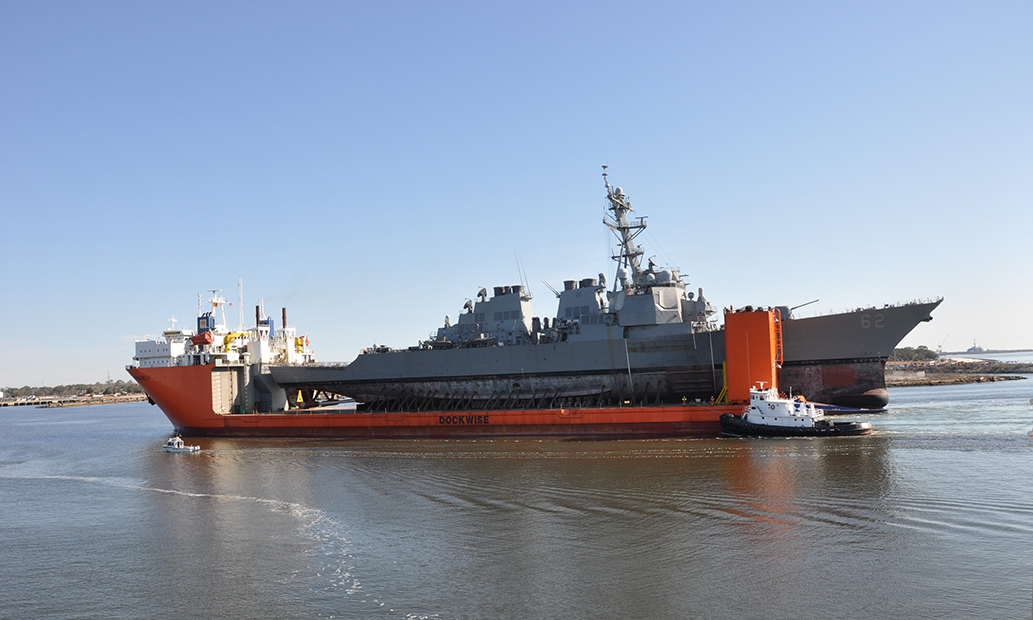 Fitzgerald was involved in a collision with the Philippine-flagged ACX Crystal on June 17. Seven sailors lost their lives and the ship was damaged on the starboard side above and below the waterline.

Fitzgerald is expected to spend several days in the port as the heavy lift ship begins the reverse operation of unfastening, lowering and guiding the ship off the platform. The ship will then be taken to its designated pier space at Huntington Ingalls Industries shipyard for repair and new construction procedures.

Work on the ship is expected to occur on a land level facility throughout 2018 and one to two quarters of 2019, followed by an extensive test and trials period to ensure all systems and spaces are restored to full functionality and operational capability.

The works come as the US Navy announced last week that Uniform Code of Military Justice (UCMJ) charges were being preferred against individual service members in relation to the collision.

The commanding officer, two lieutenants, and one lieutenant junior grade face charges include dereliction of duty, hazarding a vessel, and negligent homicide.