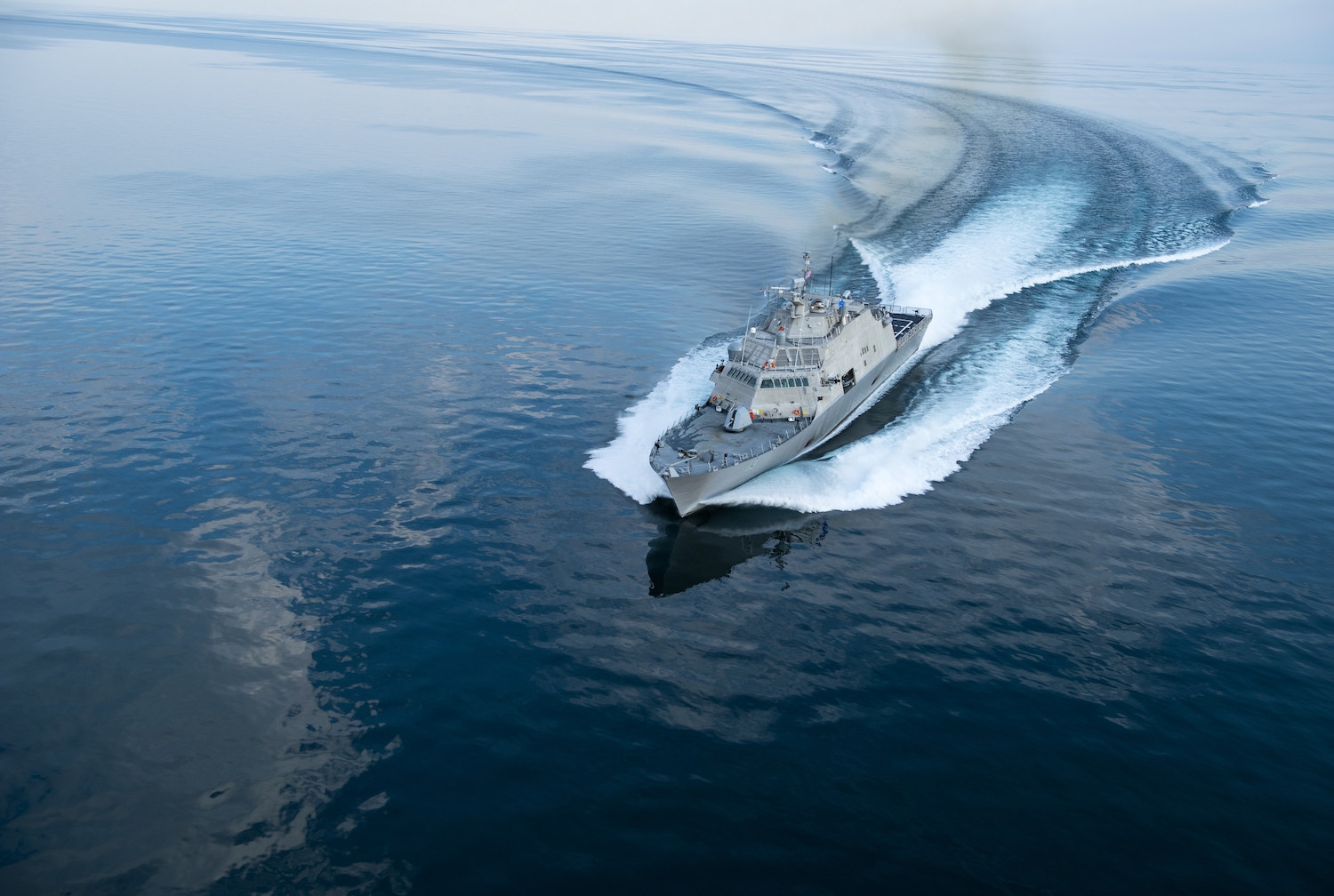 A littoral combat ship under construction for the US Navy has completed acceptance trials in the waters of Lake Michigan.

USS Wichita is being built at Fincantieri Marinette Marine following Lockheed Martin designs and is slated for delivery to the navy later this year.

The trials, conducted July 9 to 12, included a full-power run, manoeuvrability testing and air detect-to-engage demonstrations of the ship’s combat system. Major systems and features were demonstrated including aviation support, and small boat launch handling and recovery.