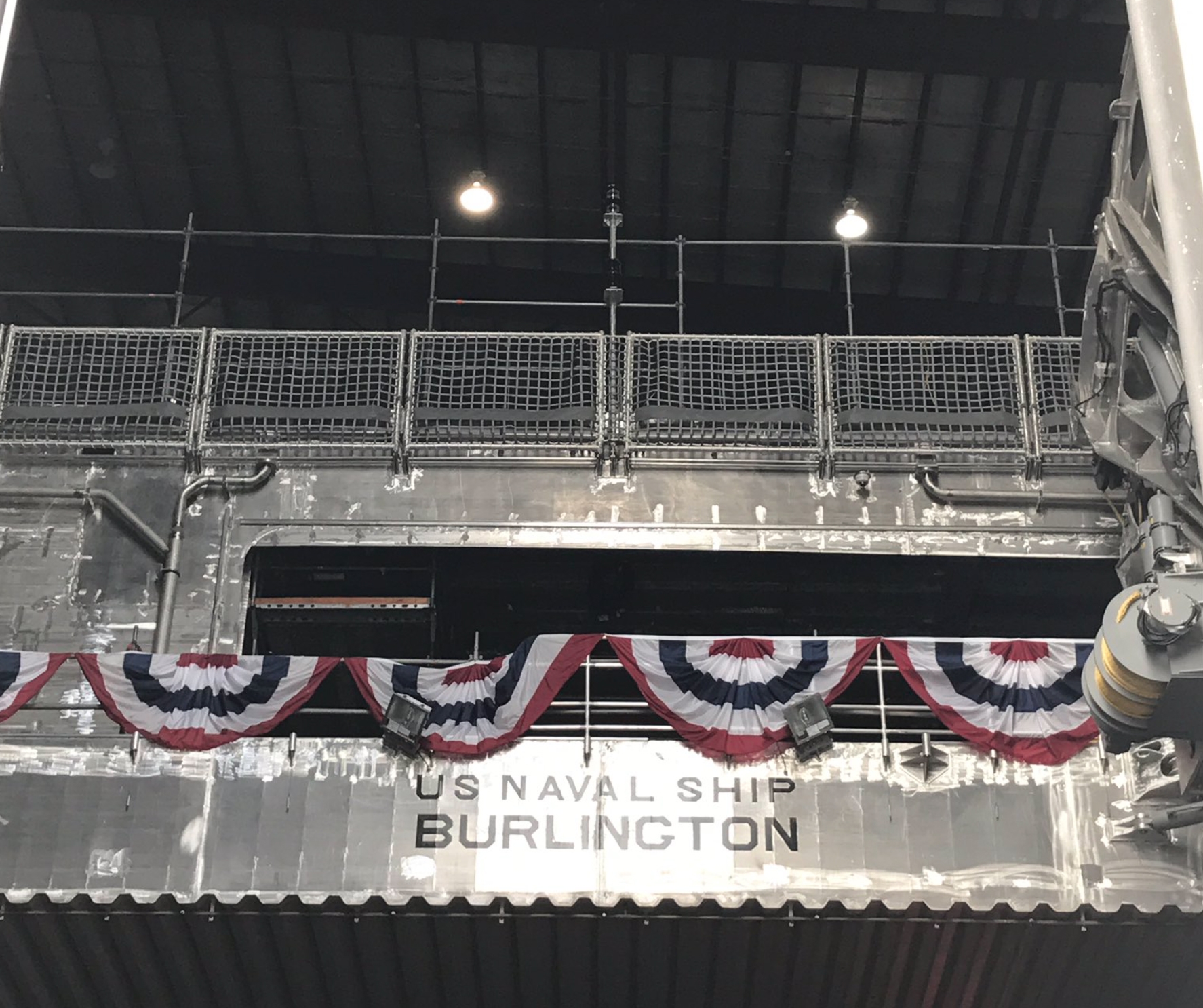 The US Navy has christened its newest expeditionary fast transport ship, the future USNS Burlington, at Austal’s shipyard at Mobile, Alabama.

Designated T-EPF 10, she will be the first ship in naval service to honour Vermont’s largest city.

With an all-aluminium, shallow-draught hull, the EPF is a commercial-based catamaran capable of intra-theatre personnel and cargo lift.

It is designed to transport 600 tonnes of military cargo a distance of 1,200 nautical miles at an average speed of 35 knots.

The EPF, which includes a flight deck for helicopter operations and an off-load ramp, can operate in shallow-draught ports and waterways. It interfaces with roll-on/roll-off discharge facilities and on/off-loading a combat-loaded Abrams main battle tank.