US Navy accepts delivery of EPF City of Bismarck 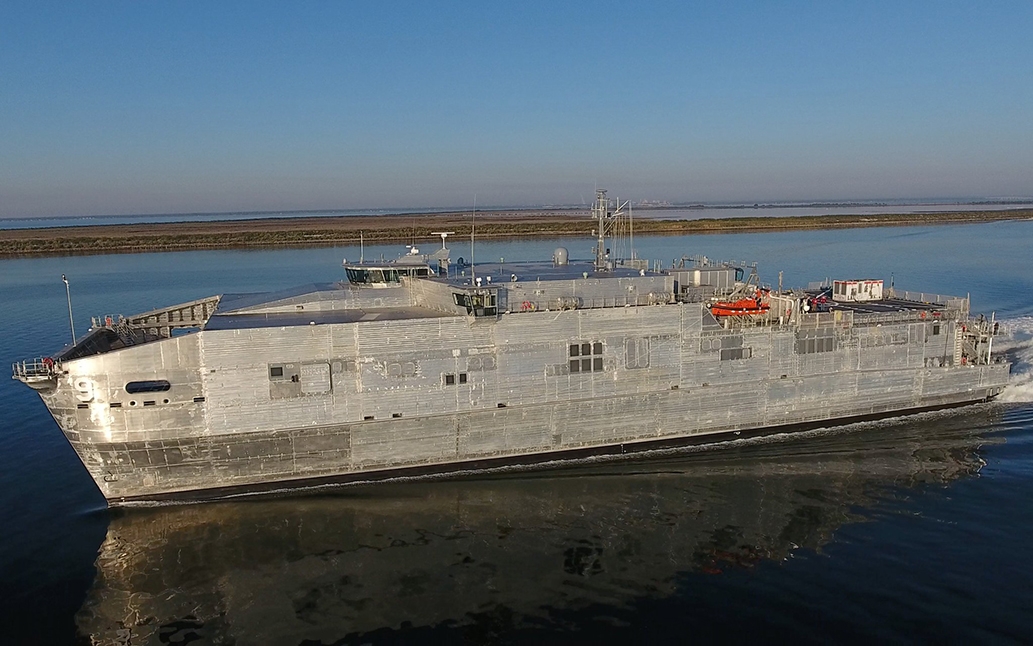 Austal USA has finalised the delivery to the US Navy of its expeditionary fast transport (EPF) ship USNS City of Bismarck (EPF 9) at its Mobile, Alabama shipyard.

Designed to operate in shallow and narrow ports and waterways, the 103.0-metre-long City of Bismarck is an aluminium catamaran capable of transporting 600 tonnes up to 1,200 nautical miles at an average speed of 35 knots.

The ship’s flight deck can also support flight operations for a wide variety of manned and unmanned aircraft, including a CH-53 Super Stallion.

EPF 9 is the second ship in this program Austal delivered in 2017, after USNS Yuma (EPF 8). Three other Spearhead-class EPFs – Burlington (EPF 10), Puerto Rico (EPF 11) and EPF 12 – are under construction at Austal’s shipyard.