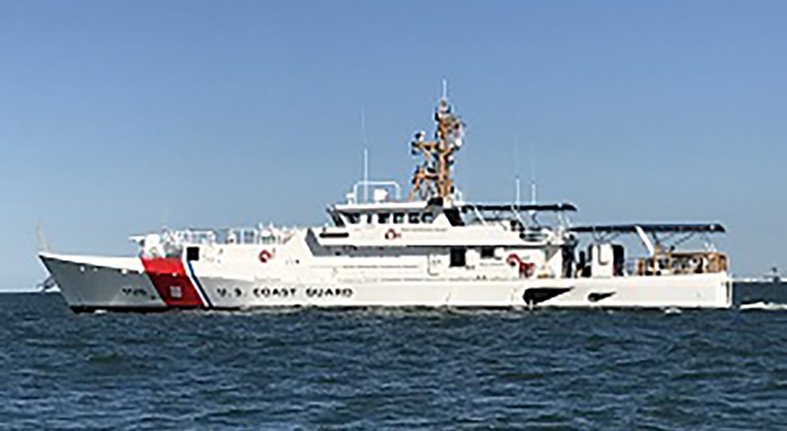 The US Coast Guard has officially taken delivery of its 26th fast response cutter (FRC), Joseph Gerczak, in a ceremony at Key West, Florida.

Built by Bollinger Shipyards, the Joseph Gerczac will be the second FRC to be stationed at Honolulu, Hawaii from March 9. The 46.9-metre patrol craft has a flank speed of 28 knots.

This vessel is named after Coast Guard hero Joseph Gerczak. The signalman third class was on board the USS LST-66 during the initial assault against the Japanese-held Borgen Bay area of New Britain on December 26, 1943.

As Japanese dive bombers attacked his ship, Mr Gerczak manned his battle station with expert marksmanship. In recognition for having gallantly given his life for his country, he was posthumously awarded the Silver Star and the Purple Heart.