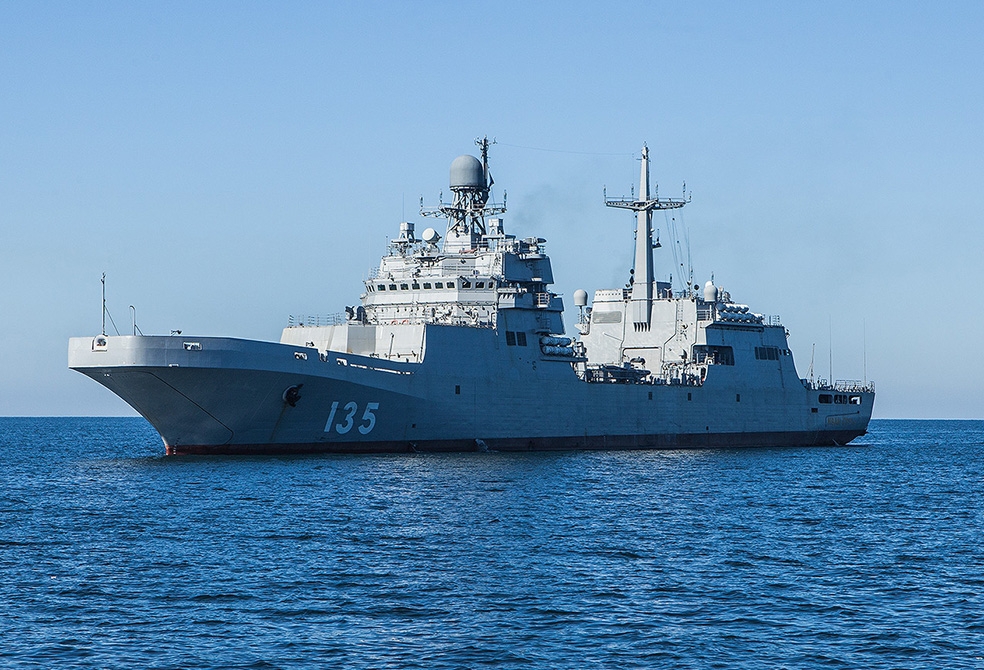 Shipbuilder Yantar said the seaborne part of the trials of the large amphibious assault ship was completed on May 3.

She has returned to the shipyard for a technical review and finishing work before being delivered by the end of the month.

Ivan Gren is the lead ship of a new class of Russian Navy landing ships built to replace the old Project 1171 Alligator-class LSTs.

The second ship in the class, Peter Morgunov, is scheduled to be delivered by the end of 2018.