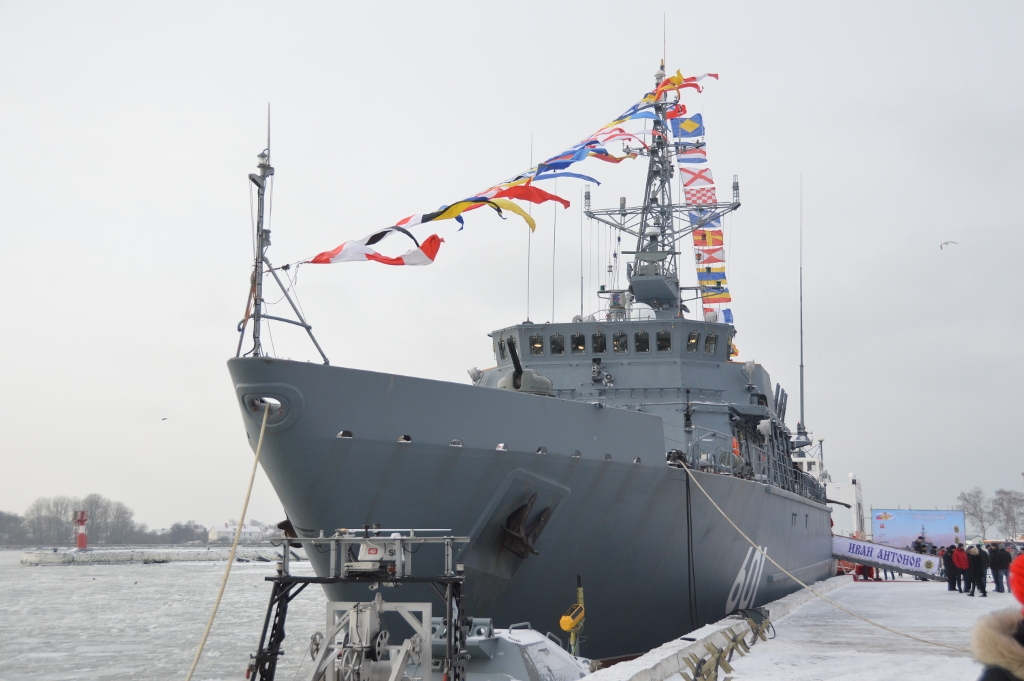 The vessel is the third of a planned six minesweepers of Project 12700, otherwise known as the Alexandrit-class.

Ivan Antonov has a length of 61 metres, a width of 10.2 metres, a draught of 2.68 metres, and a speed of 16.5 knots. Armament includes an AK-630 30-millimetre close-in weapon system and Igla surface-to-air missiles.