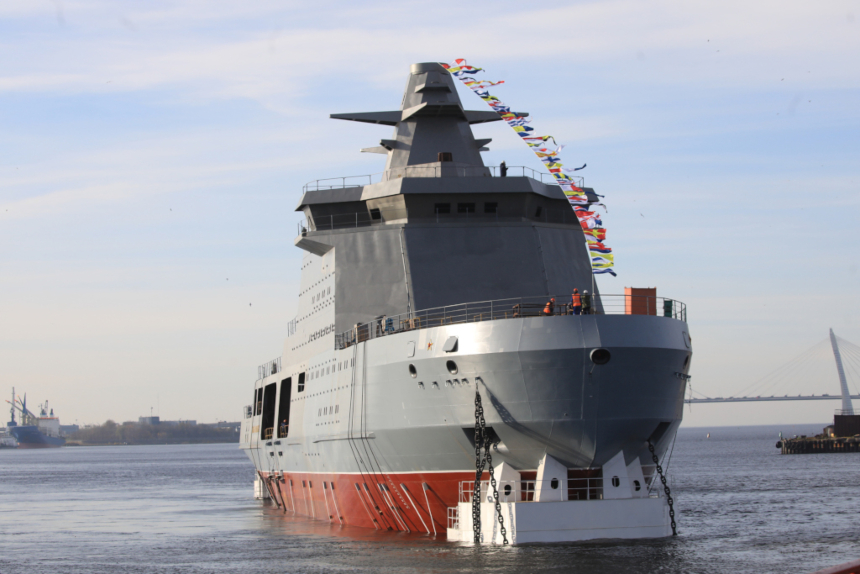 The vessel honours the late Ivan Dmitrievich Papanin, a Soviet Navy admiral and polar explorer. Once completed, it will have a length of 114 metres, a beam of 18 metres, a draught of six metres, a cruising speed of 10 knots, and a maximum speed of 18 knots.

Armament will consist of one 76-millimetre naval gun and eight Kalibr surface-to-surface missiles.