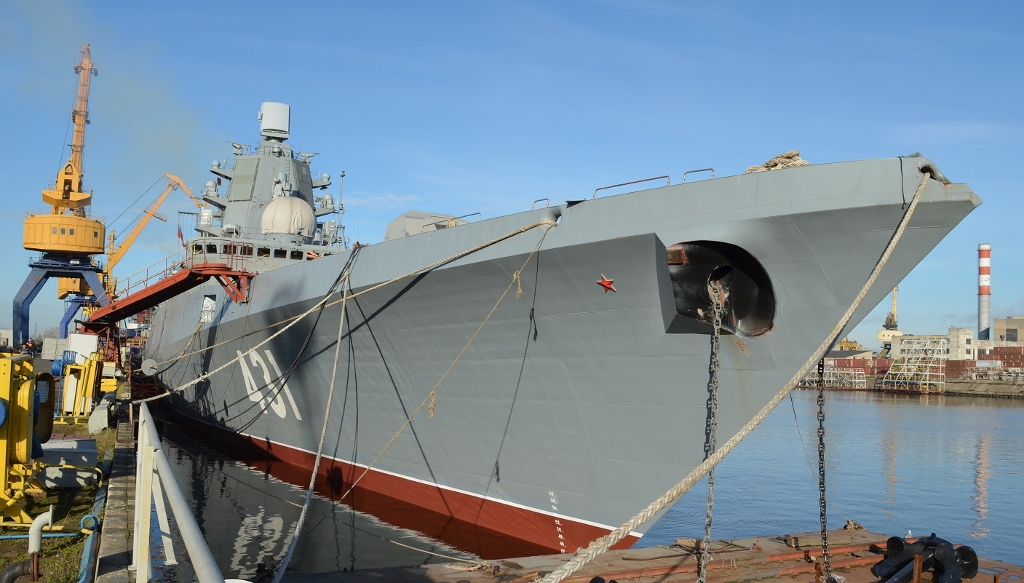 The ship is currently at United Shipbuilding Corporation’s Northern shipyard where its readiness is being evaluated by representatives of the Russian Ministry of Defence.

Armament will include a 130-millimetre naval gun, 16 Oniks or Kalibr anti-ship cruise missiles, 32 Redut surface-to-air missiles, and Paket-NK torpedoes. There will also be hangar and flight deck space for one Ka-27 helicopter.