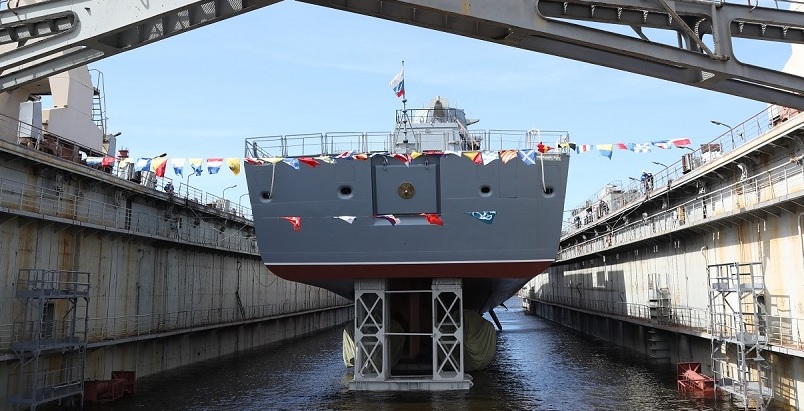 The vessel is the third to be built under Project 22350, also known as the Admiral Gorshkov-class.

When completed, the future Admiral Golovko will have a length of 135 metres, a beam of 16 metres, a displacement of 5,000 tonnes, and a speed of 29 knots. Delivery is scheduled for 2022.