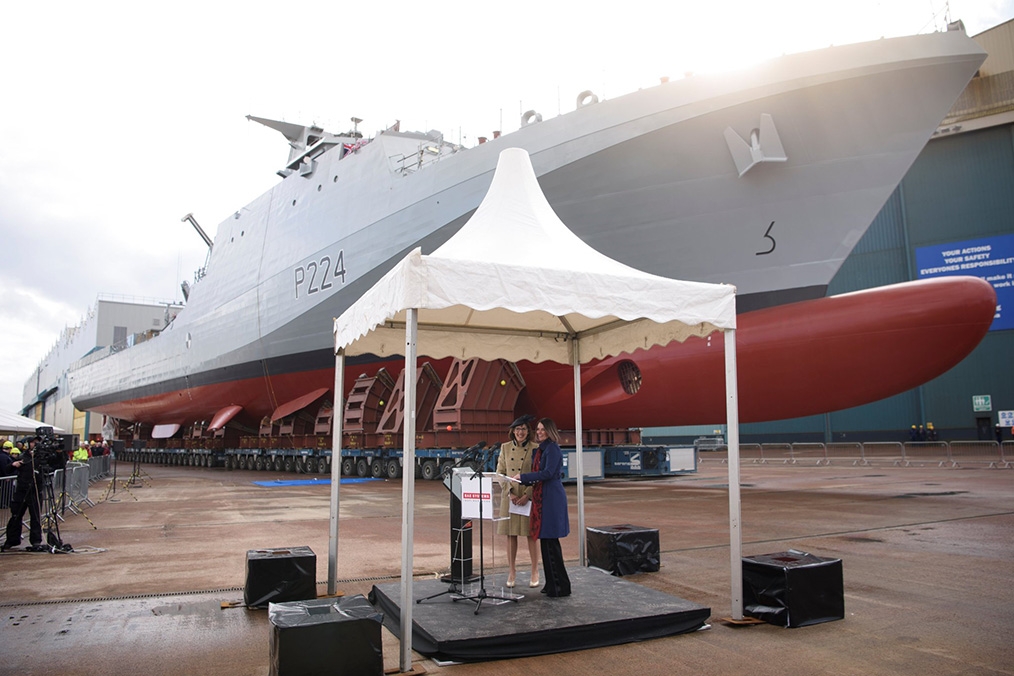 The third of five River-class offshore patrol vessels (OPV) being built in Scotland for the Royal Navy has been named Trent.

BAE Systems Maritime said the naming ceremony took place at Govan, Glasgow, before Trent made the short journey across the Clyde to Scotstoun, where she will be fitted out for sea trials.

Displacing about 2,000 tonnes, the OPV has a maximum speed of 24 knots. It can sail 5,500 nautical miles before having to resupply.

The River-class OPV is the sixth Royal Navy vessel to bear the name.