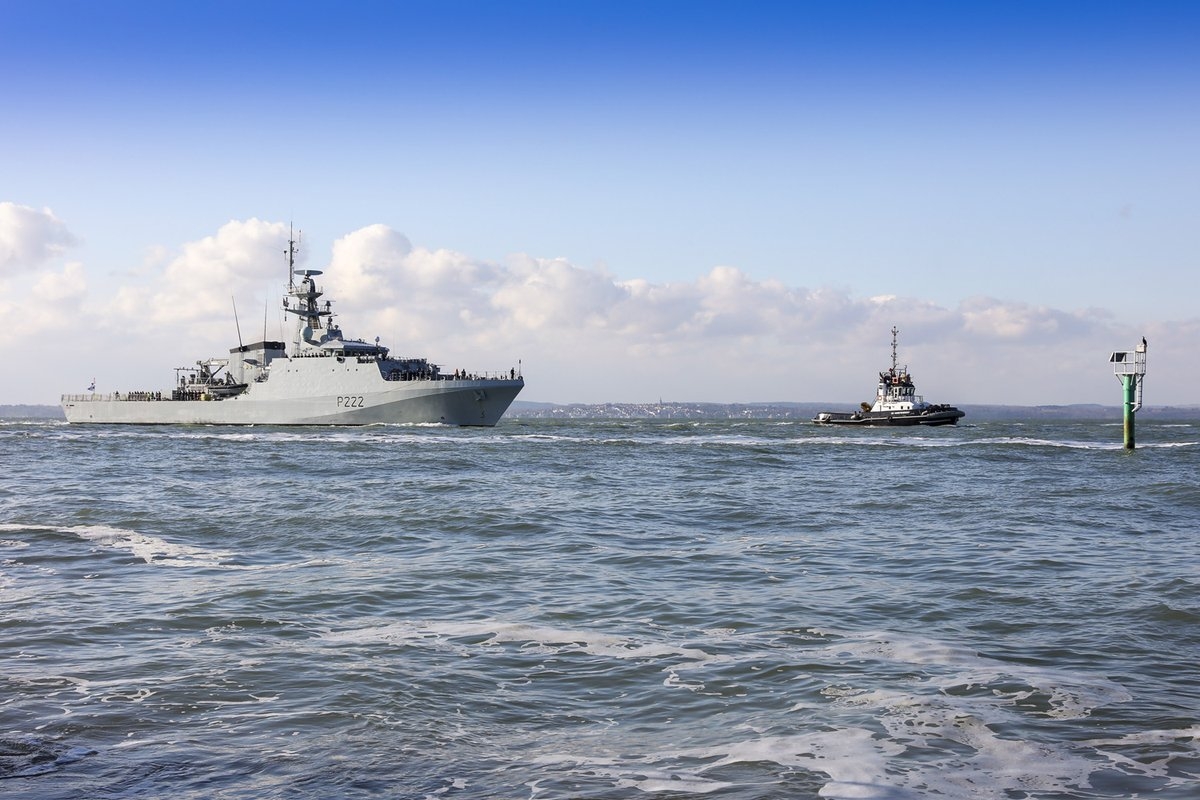 The Royal Navy has taken delivery of the first of its next-generation offshore patrol ships, which will support the monitoring and protection of UK fisheries.

With a total crew of 58 but designed to go to sea with 39, they can spend up to 320 days a year on operations.

They travel at speeds of 24 knots and with a range of 5,500 nautical miles.

Each has an extended flight deck to operate up to Merlin-size helicopters.

The £116 million (US$164 million) River-class OPVs are emerging at six month intervals. The Royal Navy Fishery Protection Squadron is expecting HMS Medway and HMS Trent to be handed over this year.

The remaining two, HMS Tamar and HMS Spey, are expected to arrive in Portsmouth by 2020.