Written by Baird Maritime on April 27, 2020. Posted in Search and Rescue, Ships (Naval). 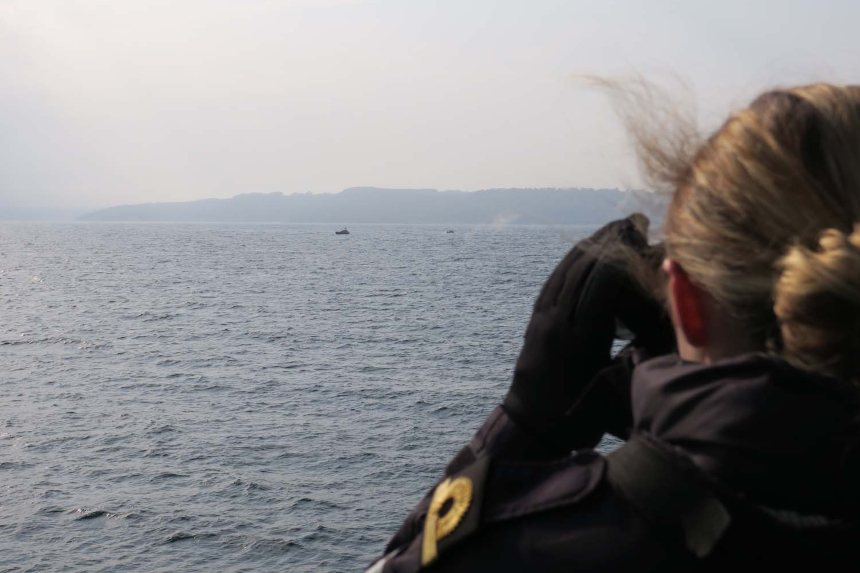 The crew of the Royal Navy River-class offshore patrol vessel (OPV) HMS Tyne helped save a diver’s life off the south coast of the UK on Saturday, April 25.

The OPV responded to a mayday call for the missing diver while on routine maritime security patrols in home waters.

Tyne arrived in the area in Lyme Bay – around 6.4 kilometres off the coast of Seatown, Dorset – within 45 minutes of the alarm being raised. The warship then took up station in the last known position of the diver and sailors were called on to carry out a visual search.

After 20 minutes, a young officer under training on Tyne spotted the diver.

Tyne then radioed the location through to the Exmouth lifeboat, which was in the best location to recover the diver.

The diver was found well and taken to safety by the lifeboat.

An RNLI statement said the individual had been diving without a companion and adrift for two hours in which time he floated nearly five kilometres from his last reported location. He had surfaced safely but lost sight of the dive vessel after his line became detached.

The RNLI added that the diver did not require medical attention upon being rescued.

Having successfully found the diver, Tyne then returned to conducting maritime security operations.