Written by Baird Maritime on February 8, 2018. Posted in Ships (Naval). 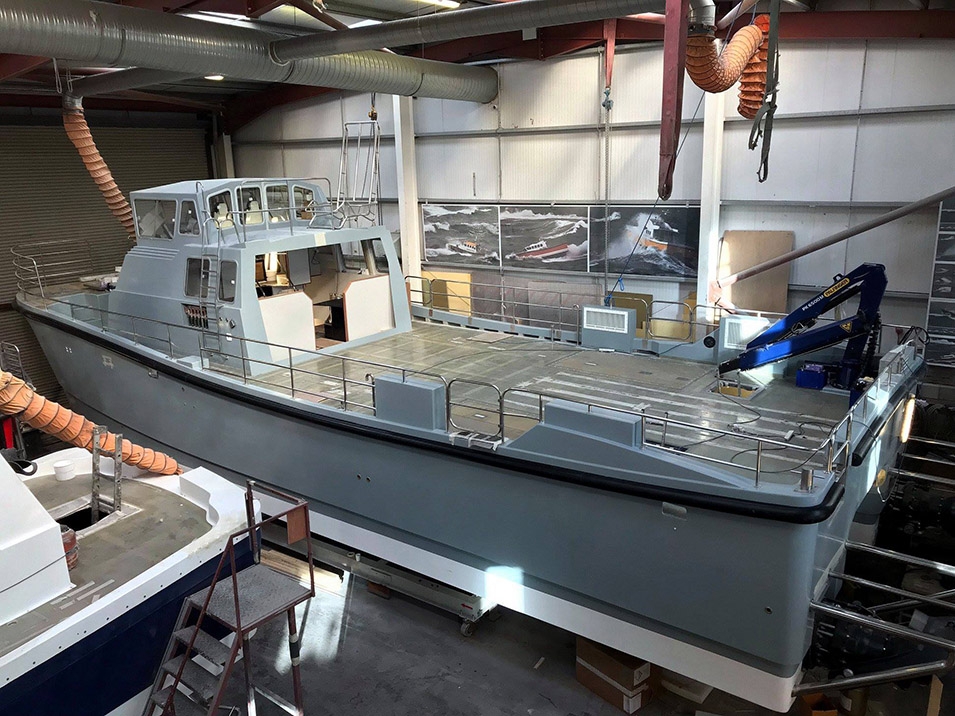 A Royal Navy small survey vessel being built to replace the decommissioned HMSML Gleaner will be named HMS Magpie.

Designed for ocean research and hydrographic survey, the 18-metre twin deck catamaran Magpie will be capable of operating offshore for seven days with up to 12 crew.

Powered by twin Volvo engines, the vessel has a maximum speed of 23 knots and a 1,400-nautical mile range at nine knots.

Motor survey launch Magpie will be the longest of up to 38 new workboats, which range in size from 11 metres to 18 metres, being built at Safehaven Marine as part of a £48 million (US$67 million) contract.

Magpie will chart ports and estuaries around Britain.

Royal Navy First Sea Lord Admiral Philip Jones said the last HMS Magpie was commanded by the Duke of Edinburgh in Malta in the early 1950s.