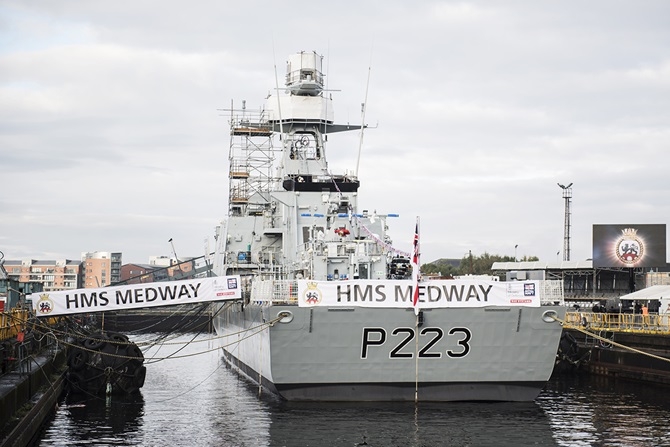 The second of five new Batch 2 River-class patrol vessels has been named HMS Medway in a ceremony in Scotland.

The Royal Navy has previously named the first and third ship in the class. While being the second of the Royal Navy’s OPVs, HMS Medway is the 10th vessel to bear the name since the 1690s.

The 90-metre ship is expected to enter service with the Royal Navy in 2019 for counter-terrorism and anti-smuggling operations.

The ship has a crew of 58 and is equipped with a 30mm cannon and flight deck capable of accommodating a Merlin helicopter. Displacing around 2,000 tonnes, she has a maximum speed of 24 knots and can sail 5,500 nautical miles without having to resupply.

All five vessels are due to be in service by the close of 2020.