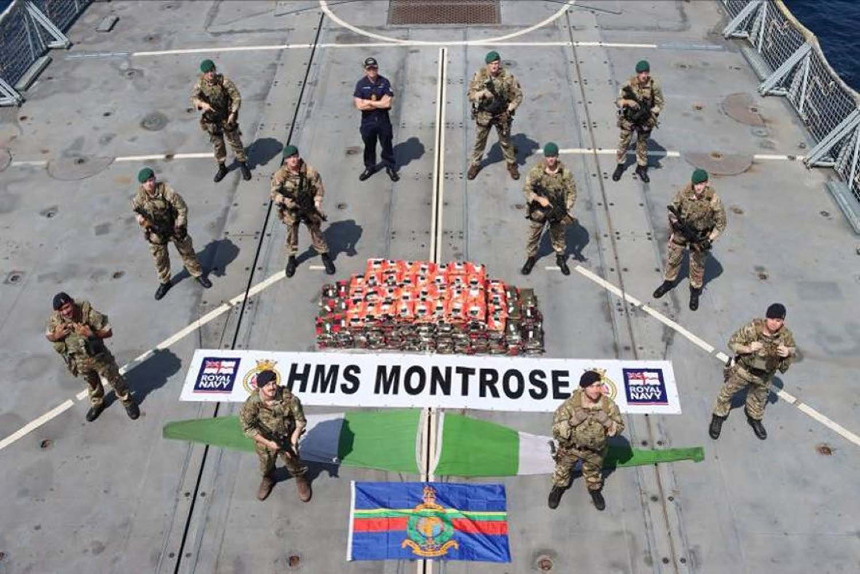 Sailors and Royal Marines from the Royal Navy frigate HMS Montrose have intercepted over 450 kilograms of methamphetamine, with a wholesale value of £18 million (US$23 million), during a recent counter-narcotics operation in the Persian Gulf.

The operation was part of the Combined Maritime Forces’ (CMF) Operation Sea Shield and was an international effort involving several of the CMF’s 33 member nations and partners.

In rough seas, and aided by the ship’s embarked helicopter, Montrose‘s sailors and Royal Marines conducted the boarding of a suspicious vessel. During an extensive search, the boarding team discovered the 450-kilogram haul of narcotics hidden amongst the boat’s cargo.