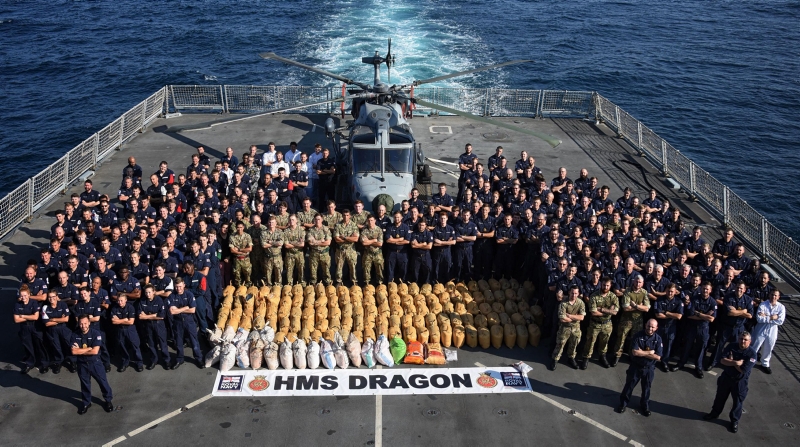 The Royal Navy Type 45 guided missile destroyer HMS Dragon has seized three tonnes of hashish in one of the most significant drug busts in the Persian Gulf this year.

The Portsmouth-based Dragon was on patrol in the Middle East when it came across a suspicious dhow, a type of vessel common in that region, along a notorious drug smuggling route known as the “Hash Highway.”

Sailors and Royal Marines embarked on the destroyer launched fast boats to intercept and board the vessel before conducting a search of its compartments. They ultimately found 148 bags of hashish, weighing around 3,048 kilograms.

The “Hash Highway” runs from Afghanistan, a major drugs producer, by land through Iran or Pakistan, and then across the sea to countries in east Africa and the Middle East. Profits from drug smuggling are a known source of funding for terrorist organisations and criminal networks.

Dragon has been working in the Middle East as part of the Combined Task Force 150, a multi-national organisation responsible for maintaining security in some of the world’s most important shipping lanes.