Written by Baird Maritime on January 3, 2020. Posted in Ships (Naval). 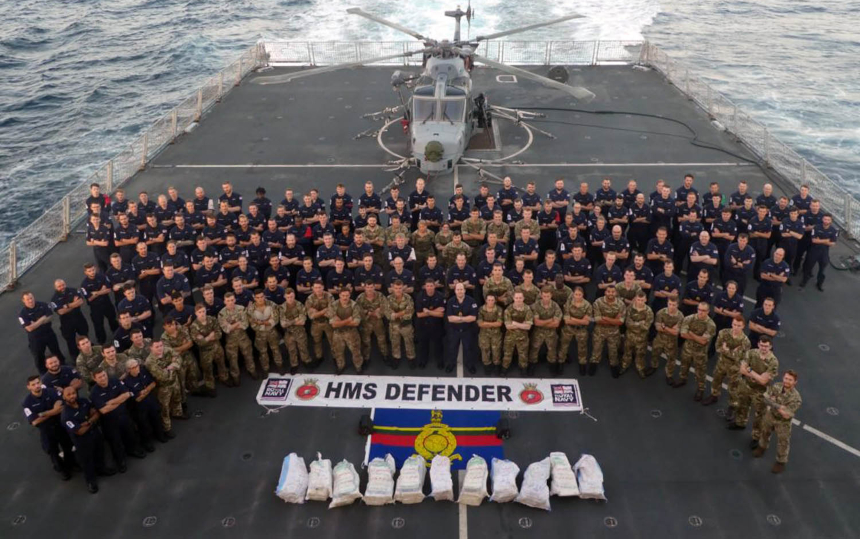 The crew of the Royal Navy Type 45 destroyer HMS Defender have seized a vessel found to be carrying a significant quantity of narcotics during a routine patrol in the northern Arabian Sea just before Christmas.

Defender‘s Wildcat helicopter found the vessel, identified as a dhow, during a dawn patrol. The vessel was reportedly not flying any flag or showing any evidence that it was carrying out any fishing.

The discovery prompted the destroyer to investigate, sending Royal Marines commandos across in sea boats to secure the dhow and its crew, and Royal Navy sailors to conduct a thorough search of the vessel while the Wildcat hovered overhead to provide protection.

The sailors located 11 mail-bag-sized sacks, some weighing up to 15 to 20 kilograms and suspected of containing crystal methamphetamines.