Written by Baird Maritime on February 7, 2020. Posted in Ships (Naval). 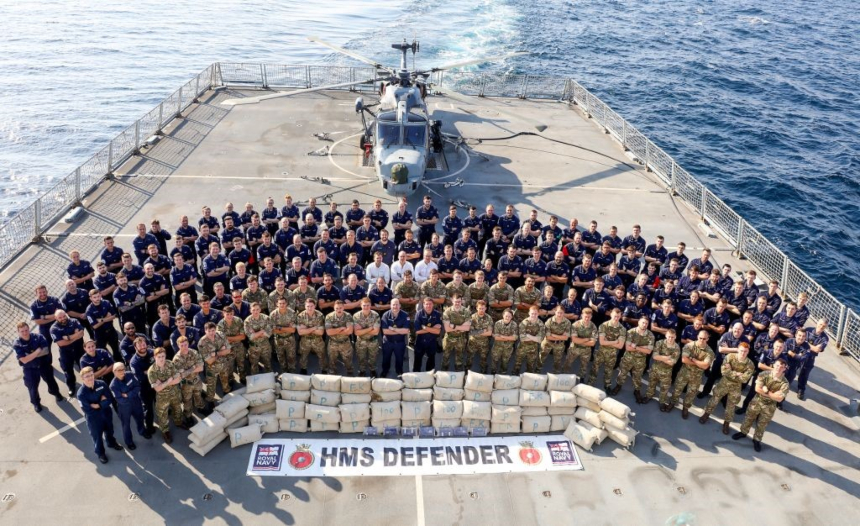 The Royal Navy Type 45 destroyer HMS Defender has seized a vessel carrying hashish worth £1 million (US$1.3 million) in the Indian Ocean.

This is the warship’s second significant drugs bust in as many months after it seized and destroyed a record haul of crystal meth in December.

The drugs bust took place after Defender launched its Wildcat helicopter to begin a search for possible illegitimate marine traffic in the Indian Ocean. Before long, a suspicious dhow was identified and Defender sent a boarding team of Royal Marine Commandos to investigate.

Once the Royal Marines had secured the dhow, a Royal Navy team followed and searched the vessel for illicit cargo.

The boarding party discovered 2,500 kilograms of hashish in 119 bags hidden throughout the dhow.

Defender‘s haul of 131 kilograms of crystal meth in December 2019 was the Combined Maritime Forces’ (CMF) largest ever. It took CMF’s total crystal meth seizures for 2019 to 257 kilograms, compared to only nine kilograms in 2018.