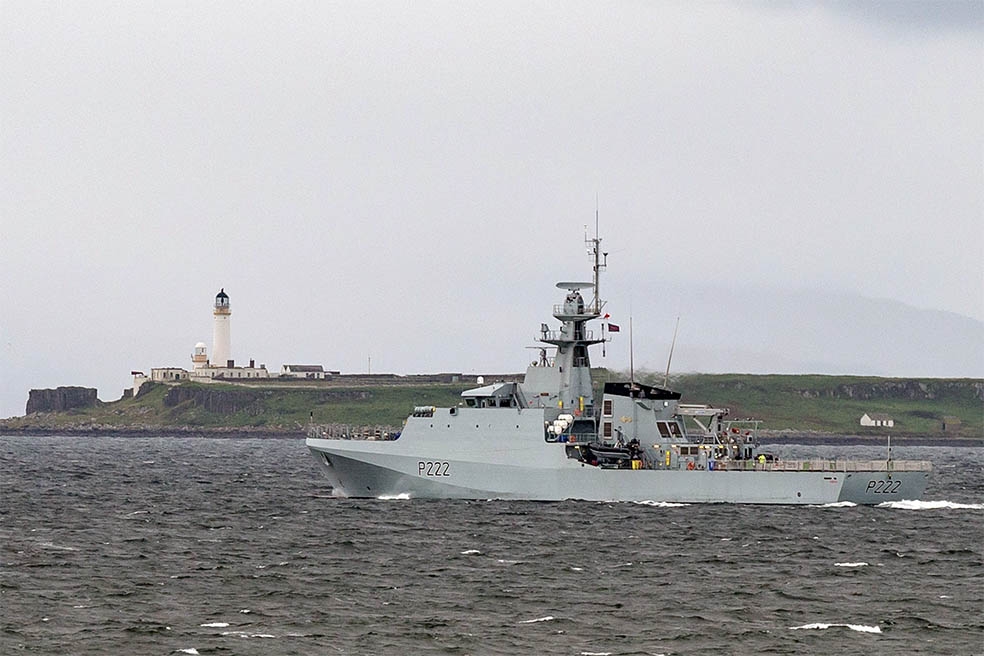 The first of the Royal Navy’s next-generation offshore patrol vessels (OPV) has been formally accepted after four months of extensive trials.

Designed for a crew of less than 60, the 90-metre HMS Forth has been signed over to the Britain’s Ministry of Defence from builder BAE Systems.

The £116 million (US$164 million) OPV is the first of five offshore patrol boats built to replace the four original River-class vessels introduced into service between 2003 and 2007.

Under a mixed civilian/RN crew, Forth was put through her paces in the Firth of Clyde and off the Scottish West Coast since the end of August.

The 90-metre warship will soon be sailed to Her Majesty’s Naval Base Portsmouth, where she will be commissioned into the Royal Navy and prepare for counter-terrorism, anti-piracy, anti-smuggling and other maritime defence operations.

Displacing about 2,000 tonnes, the Batch 2 OPV has a maximum speed of 24 knots and can sail 5,500 nautical miles before having to resupply.

She is expected to carry a 30mm cannon and a flight deck capable of receiving a Merlin helicopter.

Forth will remain at the Scotstoun yard in Glasgow for a short period to complete some additional work requested by the defence ministry and on departure will be the first warship to leave Glasgow since HMS Duncan in 2013.