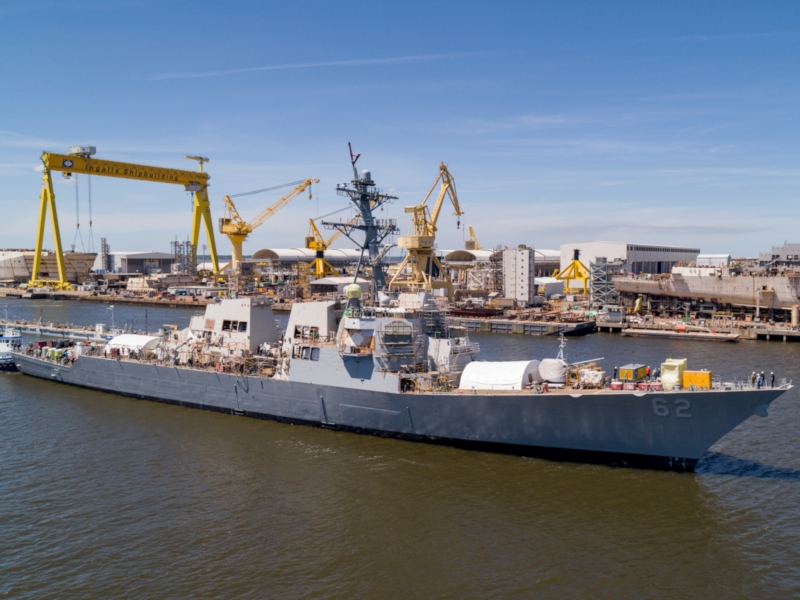 The warship has been in Pascagoula since January 2018, undergoing extensive repairs and modernisation following its collision with the containership ACX Crystal in Japanese waters on June 17, 2017. Seven of the destroyer’s crew were killed and several others, including the captain, were injured in the incident.

Since the ship’s arrival in Pascagoula, work has focused on restoring the integrity of the hull and topside structures that were damaged in the collision.

To restore the impacted spaces to full operations and functionality, various hull, mechanical, and electrical (HM&E), combat system (CS), and command, control, communications, computers, and intelligence (C5I) repairs are being conducted. These repairs range from partial to complete refurbishment of impacted spaces to replacement of equipment such as the radar and electronic warfare suite.

Due to the extent and complexity of the restoration, both repair and new construction procedures are being used to accomplish the restoration and modernisation efforts.

General Dynamics Bath Iron Works is assisting HII and the navy in the planning aspects of Fitzgerald’s ongoing repair and modernisation.