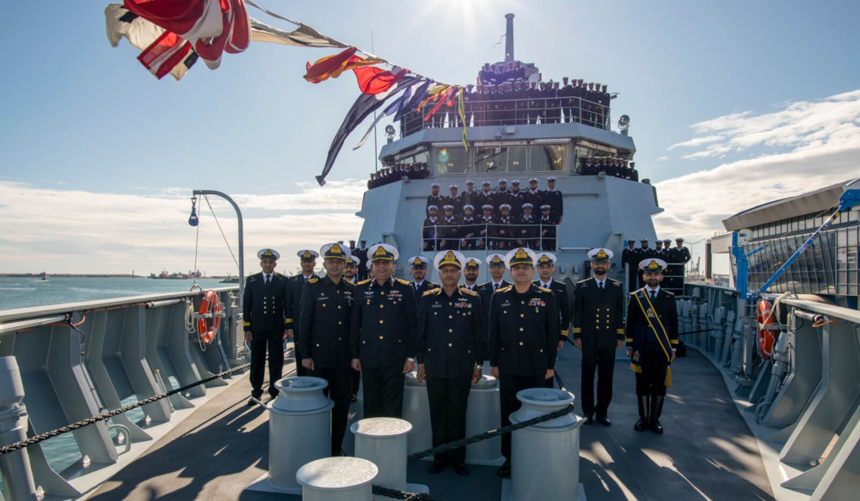 PNS Yarmook is the first of two OPVs in a series built for Pakistan by Damen Shipyards Galati in Romania. The second vessel, the future PNS Tabuk, is slated for delivery in May 2020.

The OPV is capable of performing a variety of maritime operations and can transport both a helicopter and an unmanned aerial vehicle (UAV). It can also launch two high speed rigid hull inflatable boats (RHIBs) and can accommodate two TEUs for special mission-based operations.