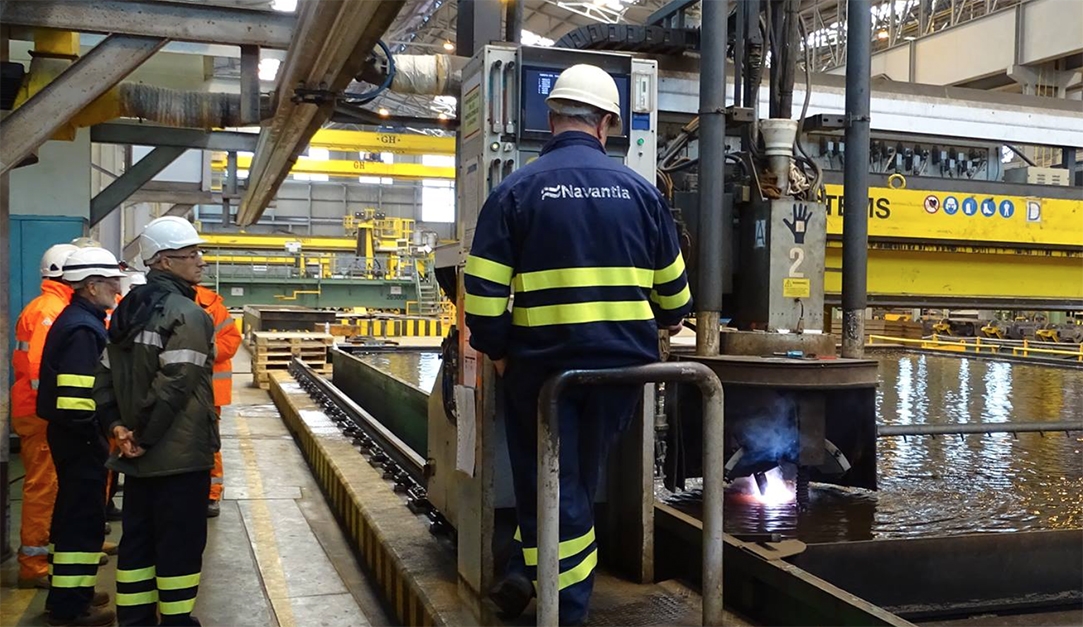 A steel-cutting ceremony has officially started construction of the second Royal Australian Navy auxiliary and replenishment oiler (AOR) at the Fene facility of Spanish shipbuilder Navantia.

Each requiring about three million working hours for completion, the AOR ships based on the Spanish Navy’s auxiliary-oiler replenishment ship ESPS Cantabria are built under an AU$640 million (US$490 million) contract signed with the Australian government in May 2016.

Scheduled for delivery by 2019 and 2020, the Block 210 newbuildings will replace current supply ships HMAS Success and Sirius.