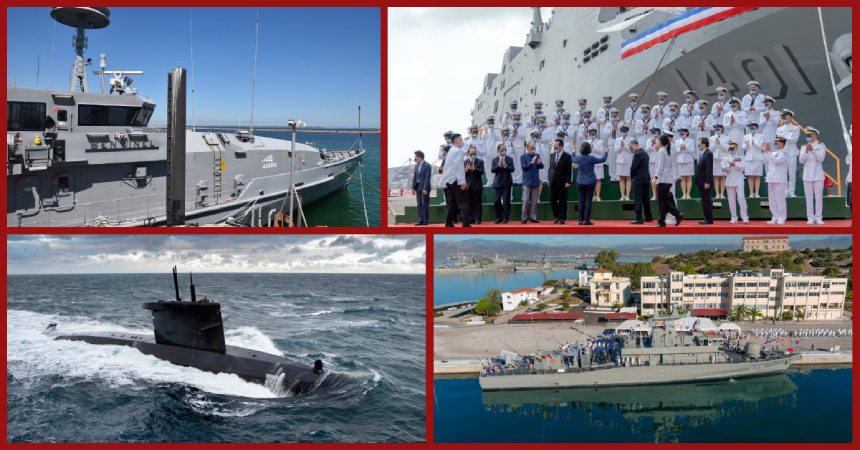 New naval vessels have been delivered in Greece and Taiwan while a decommissioned Australian patrol boat is being repurposed for testing autonomous systems. Meanwhile, the Netherlands will launch an invitation to qualified shipyards for the construction of the country’s future submarines.

The future ROCS Yushan measures 153 metres long and displaces over 10,000 tonnes. It has space for 673 crewmembers and other personnel as well as amphibious landing vehicles and two S-70 Seahawk helicopters.

The LPD is also armed with a 76mm naval gun, two Phalanx 20mm close-in weapon systems, and modular launchers for use with either surface-to-surface or surface-to-air missiles.

The vessel is the final one of seven Roussen-class FACs built by Elefsis Shipyards for the Hellenic Navy. Armament includes a 76mm gun, anti-ship missiles, surface-to-air missiles, and two 30mm cannons.

The Dutch Ministry of Defence will invite a maximum of three candidate shipyards to submit bids for the construction of submarines that will replace the Royal Netherlands Navy’s aging Walrus-class diesel-electric boats.

State Secretary for Defence Christophe van der Maat said that Dutch industry must be involved in the construction and maintenance of the vessels.

The procurement of the new submarines is in line with the Dutch government’s aim to strengthen the defence of NATO’s eastern flank.

Austal Australia has acquired a decommissioned Armidale-class patrol boat, the former HMAS Maitland, from the Commonwealth of Australia to commence planning, modification, and test and evaluation of autonomous and remotely operated systems.

The trial will also explore the legal, regulatory pathways and requirements of operating an autonomous vessel at sea.

Ex-Maitland has been renamed Sentinel and has entered the trial’s modification phase, which includes the fitting of a variety of monitoring and control systems and technologies enabling autonomous and remote operations.

Austal expects that, from July 2023, Sentinel will be registered under Australian Maritime Safety Authority (AMSA) jurisdiction as a domestic commercial vessel to enable sea trials to commence in October 2023.