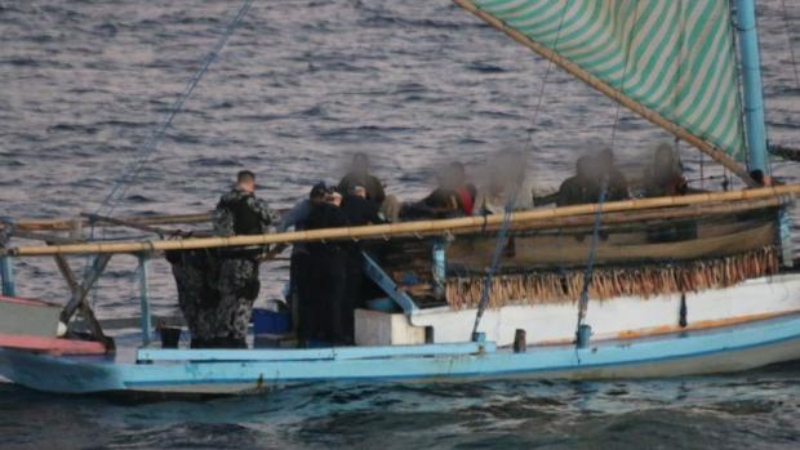 An Indonesian fishing vessel suspected of illegally fishing in Australian waters has been apprehended off north-west Western Australia in an operation undertaken by the Australian Border Force (ABF) Maritime Border Command (MBC) and the Australian Fisheries Management Authority (AFMA).

On June 22, the vessel was first detected by MBC aerial surveillance approximately 27 nautical miles south of Browse Island inside the Australian Fishing Zone (AFZ). MBC, a multi-agency taskforce within the ABF, continued its monitoring and sighted the vessel actively fishing inside the AFZ up to June 25.

The Royal Australian Navy (RAN) Armidale-class patrol boat HMAS Maitland, under the command of MBC, intercepted the vessel on June 25.

A subsequent search of the vessel located approximately 50 kilograms of fish meat and ten shark fins, with deployed fishing gear sighted in the water.

The crew were detained and transferred to Darwin while the vessel was assessed as being unseaworthy and sunk.