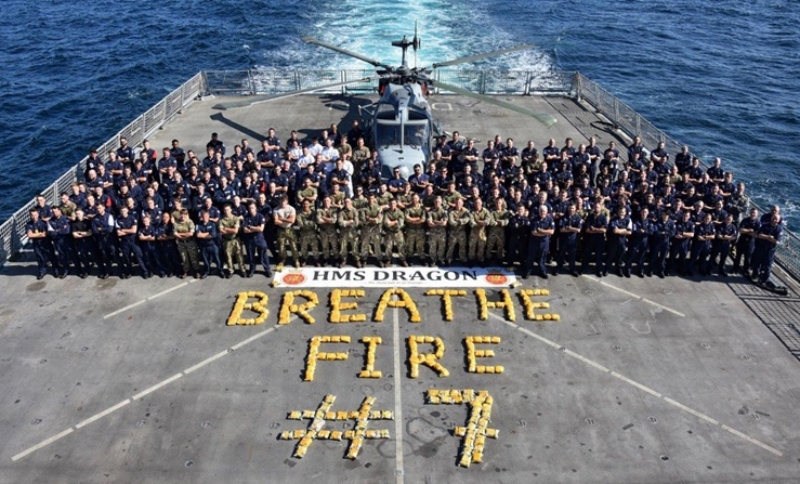 The Royal Navy’s HMS Dragon has just carried out its seventh drug bust in the Middle East, bringing its total deployment haul to £145 million (US$192 million).

The Type 45 destroyer now holds the record both for the number of successful drug busts and the total weight of narcotics seized by a Royal Navy ship in the Middle East.

The latest seizure took place on Thursday, March 14, when the ship apprehended a group of smugglers transporting 224 kilograms of heroin.

Dragon was beginning its transit home to the UK on that date when the crew spotted a suspicious-looking fishing vessel while passing through the Arabian Sea for the final time.

From the ship’s Wildcat helicopter, a Royal Marine sniper kept a close eye on the suspect craft as two fast boats launched in darkness towards the vessel and boarded it.

After a brief search, a haul of heroin worth £56 million (US$74 million) was found.