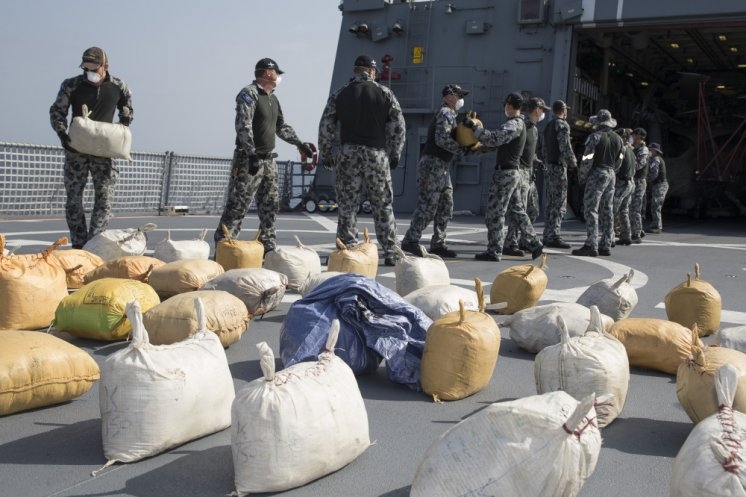 The Royal Australian Navy (RAN) frigate HMAS Ballarat seized more than 3.1 tonnes of hashish worth about A$155 million (US$111.85 million) during a boarding operation that took place on January 8-9 in international waters in the Arabian Sea.

A fishing vessel known as a dhow was believed to be engaged in illegal activity when Combined Task Force 150 (CTF 150) of the Combined Maritime Forces (CMF) directed Ballarat to board the vessel and conduct a flag verification check.

Ballarat’s boarding team searched the dhow and seized the hashish. The drugs were transferred to Ballarat for disposal.

The drugs were found hidden in voids around the vessel.

This is the third interdiction of narcotics by Ballarat since arriving in the Middle East in November last year on Operation Manitou. The frigate seized more than 900 kilograms of heroin worth more than A$279 million (US$196.74 million) after boarding two vessels on December 21 and 23, 2018.