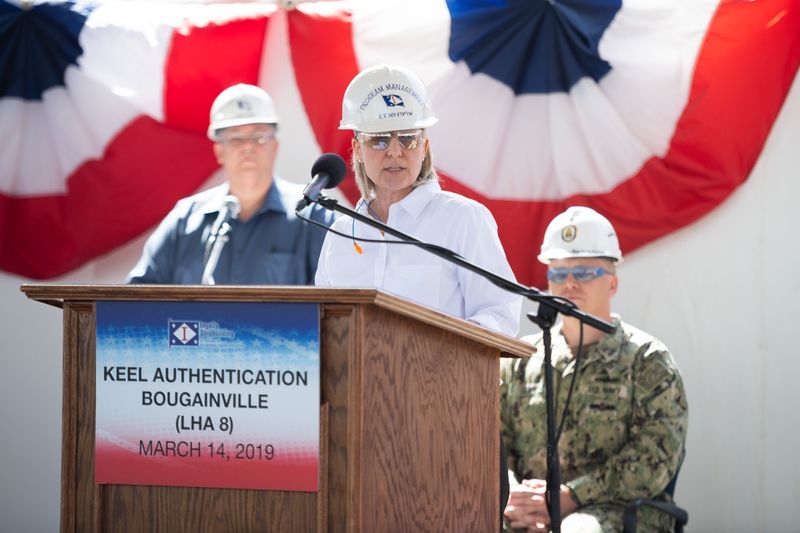 The keel of the America-class amphibious warship Bougainville was authenticated during a ceremony at Huntington Ingalls Industries’ (HII) Ingalls Shipbuilding on Thursday, March 14.

The ship will retain the aviation capability of the America-class design while adding the surface assault capability of a well deck, which can house and launch two landing craft air cushion (LCAC) hovercraft or one landing craft utility (LCU) as needed.

Other additions to Bougainville will include a larger flight deck configured for F-35B Lightning II strike fighters and V-22 Osprey tilt-rotor aircraft.

LHA 8 will be the second US Navy vessel to bear the name Bougainville. The name commemorates the Bougainville Campaign that took place during World War II wherein Allied forces secured a strategic airfield from Japan in the northern Solomon Islands.