Written by Baird Maritime on December 8, 2017. Posted in Ships (Naval). 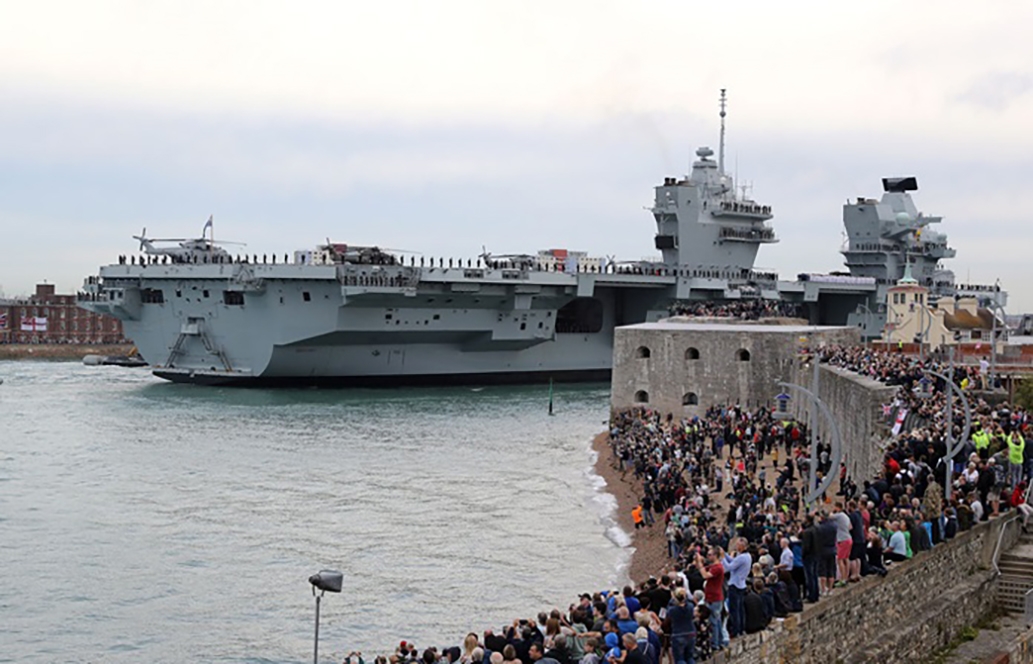 In her role as the ship’s sponsor, Her Majesty addressed guests, including HRH Princess Anne and Defence Secretary Gavin Williamson, before the ship’s Commanding Officer, Captain Jerry Kyd, read the commissioning warrant.

The White Ensign was then raised to symbolise the future flagship into the fleet.

Completing final build activity and preparing for helicopter trials in the New Year, HMS Queen Elizabeth will head to the United States for initial flight trials off the coast in 2018.

The 280-metre, 65,000-tonne Queen Elizabeth-class carriers will be able to perform humanitarian and disaster relief to fighting terrorism and high-end warfighting.